A year of the best weather in the world: Come to the Turks and Caicos 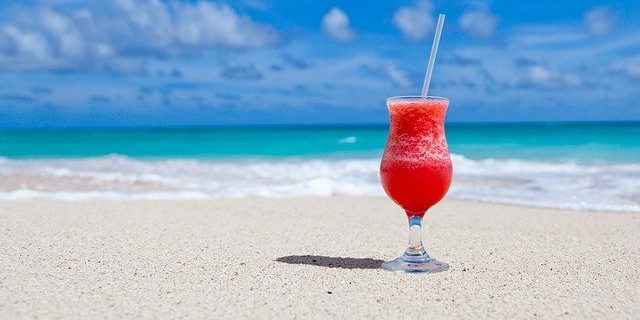 If you’re wondering what the weather in the Turks and Caicos is like, then this is the article for you! While you can rest assured that pretty much any time of year is the perfect time to visit, there is a little seasonal variation across the cards. That’s why the Big Blue Collective is taking an in-depth look at a year in the TCI’s weather, so all the information you need to plan the perfect holiday will be at your fingertips.

The Turks and Caicos weather is consistent throughout the year-by which we mean consistently fantastic. Water temperatures vary by less than 10 degrees on average throughout the year, never really getting lower than 79 degrees Fahrenheit, and not passing 84 degrees Fahrenheit either. So fun in the surf is always on the table. What might make a difference for you is the land temperatures and some slight weather fluctuations.

It might be surprising for those of you from colder climes, but winter is actually considered the peak season on the islands. That’s because this is winter with a difference- and that difference is the deliciously warm weather! While summer temperatures sometimes get a little too hot (yes, there is such a thing), winter is clement and brings perfect beach weather. November to April is widely seen as the peak of the season in the TCI. While daytime temperature only varies by about 10 degrees Fahrenheit, that slightly cooler bite to the air makes hiking, eco-tours, cycling and other exciting activities more pleasant to experience. That said, this is also the busiest season for the TCI, so if you don’t like crowds you may want to head off the beaten track to less populated resorts on the island, hire a private villa, or explore a different season.

For a brief few weeks each year, the Turks and Caicos weather takes a backseat to it’s biggest visitors- the humpback whale migration is in town! You’ll sport the first of these majestic beasts in late December, sightings peak through February, and you’ll still have a chance to experience this wonder through to mid-March. This is one of the few annual Turks and Caicos activities that truly has a limited season, so plan accordingly.

March and April, for many Caribbean Islands, is the over-the-top party season. This is mostly because it coincides with Spring Break for many young and hip university-goers. At this time of year in the Turks and Caicos, you will notice an increase in the number of people around, but if you’re dreading the over-packed beaches and constant bustle of other areas, rest assured you needn’t be concerned.

If you’re one to feel drawn to the party crowds, this is the perfect time of year to head to the beaches and bigger resorts. If you’re looking for a more tranquil visit, however, avoiding these areas should still guarantee you a recuperative holiday you’ll enjoy. March is considered the peak season for the TCI.

The peak season weather in the TCI by month

Warm oceans and cooler land temperatures beckon you to play. Watersports are plentiful, and sport fishing and culinary festivals abound. This is the start of the peak season.

Some ocean swell can be found, but the overall great conditions mean it’s time to play. Watch out for the start of the whale season, just in time for Christmas!

Temperatures are perfect for hiking and fun on the beach. The brisk Trade Winds make for perfect ocean conditions. This is the perfect time of year for watersports like kiteboarding, SUP and sailing. It’s the busiest time of year, but the whale migration continues to draw amazed visitors.

This month the ocean is technically at it’s coolest- but we guarantee you won’t notice! Whale season reaches its peak, and water sports remain a huge draw. The Valentine’s Day Cup draws sailing enthusiasts, too. The crowds fall off a little, but it’s still bustling.

The ocean is warming a little, but you won’t notice- you’ll be too busy playing on your kiteboard. This is probably the last chance to spot whales for the year, however, as sightings peter out mid-March. There will be a spike in arrivals on the island for Spring Break.

Fun in the sun is still the name of the game. Some busier areas will see a peak in arrivals for spring break, sport fishing is great, and the siren call of water sports continue to sing.

The ‘off’ season of July to October

July to October are the official ‘off-season’ for the islands. This is also the Turks and Caicos summer season. You’ve already seen how delightfully warm our ‘winter’ season is, so you can imagine that summer gets even hotter! These temperatures start to ramp up towards the end of May, meet their peak ( at about 80-87 degrees Fahrenheit) throughout the next three months, before falling off to a balmier mid-70s in October. While the water is more-or-less the same temperature year-round in the TCI, you will notice the shift to hotter temperatures when you’re out of the water. The off-season is, of course, a fantastic opportunity to score some great local bargains, but alongside the peaks in temperature, there’s also increased risk of rain throughout this time of year, and ‘hurricane season’ actually spans much of the same time period. This can make travel less convenient for those who cannot afford to have a flexible travel schedule. If you’re hoping to enjoy conch delicacies or experience this island staple yourself, note that conch cannot be fished during this time and exports are also technically banned.

June through November is known as ‘Hurricane Season’ on the island. Despite the drastic-sounding name, very few tropical storms actually pass close enough to the Turks and Caicos to make landfall. Statistically, most hurricanes that have affected the islands occur between the end of August to mid-September. August is also the hottest month with highs around 88°F and lows around 80°F.

Just because the islands have a generally easy time of ‘hurricane season’, that doesn’t mean the rest of the areas necessarily will. It’s more common for airlines to need to reschedule or re-route flights during this time of year, so be sure to take travel contingencies as necessary. If you can’t afford to be flexible in your schedule, winter or spring may be better seasons to visit, but this is the perfect time of year to snag a bargain for a budget holiday otherwise.

While the generally dry climate of the TCI isn’t conducive to pests, there is a small chance of mosquito activity at this time of year. That said, however, this is only likely after very heavy rainfall, and is unlikely to cause a nuisance during your trip. Most ‘tourist’ locations will be free of much mosquito activity at all, but those taking our spectacular eco-tours may want to bring extra precautions during this season.

The off-season weather in the TCI by month

You’ll notice temperatures climbing higher this month, but the weather and wind is very calm. This is a great time of year for snorkelling, diving or enjoying the beach. Rainy periods can occur, however. It’s also quieter.

The official start of hurricane season, although the chance of storms is low. Water sports are still great, and you’ll find the island much quieter right now.

Heavy rains are a possibility, but rare. It can be very hot on land for exploring, however. But water sports dominate, and kiteboarders, kayakers, paddle boarders and water lovers will be out enjoying.

August and September are the hottest months, so it can get a little sweaty if you’re not in the water. It’s pretty quiet, and some great deals can be had, however. Historically, the end of the month sees the most hurricanes hit the island.

The heat’s a little oppressive, but the beach and ocean beckons. The ocean is a little too calm for wind sports, but everyone else will enjoy the water. This is the least busy month of the year, but also one where hurricane activity is most likely.

The weather is cooling down from the summer peak again, and it’s the last month of the official hurricane season, though that’s unlikely to occur at this time of year. Now’s the time to snag a great bargain before the peak season hits again, as rates are at their lowest.

No matter what time of year you visit, the weather in the Turks and Caicos is going to be great. However, now you know a little more about the different seasons, you’ll be better able to pick the perfect time for you. The Big Blue Collective look forward to seeing you soon!