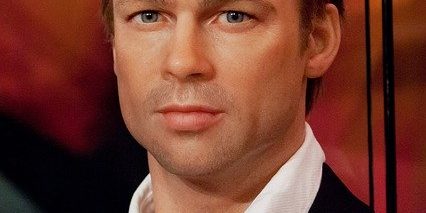 Where would a Caribbean island be without its share of the beautiful people? From sports stars and film stars to swashbuckling pirates, we’ve had them all. Famous visitors to the TCI abound. Throughout her long history, the TCI has been a magnet for the interesting, the daring and the roguish. Today the Big Blue Collective takes a peek behind the celebrity curtain and reveals how these famous (and infamous) visitors have shaped the face of the island.

Perhaps the most astonishing of these would be the first land bound steps of astronaut John Glenn after his Mercury space mission. Grand Turk was where he made his first landfall after re-entering Earth’s orbit and splashing into the sea. You can, in fact, visit a monument to this exciting moment at the Grand Turk Cruise Center.

While no one else on our list had to leave the atmosphere to get here, they all certainly left their own mark on the island!

Celebrity culture didn’t begin with the silver screen. Long before Hollywood was a glimmer in anyone’s eyes, ladies swooned and children adoringly followed the exploits of swashbuckling pirates. And pirates a’plenty there were in the TCI. One of the best things an aspiring rouge could have was a safe port to hide out in, and the Caribbean always beckoned. With different islands all held by varying international powers, and chequered coastlines offering discreet bays and inlets, there’s little wonder. Here’s just a few of the many well-loved pirates who called the TCI home:

While many other pirates passed through the chain unnamed, we know a little more about some other famous visitors to the Turks and Caicos.

Pirates weren’t the only buccaneers riding the Caribbean seas back in the day. The Turks and Caicos also bid many welcomes to famous explorers, artists and colonisers as they passed through on their way to adventure. Just a few of these famous visitors to the TCI are:

Where would any celebrity list of famous visitors to the TCI be without its share of royalty? Among the many people who have been dazzled by the gorgeous waters of the Turks and Caicos are:

As we inch our list of famous visitors to the TCI into modern times, what better place to start than with our beloved stars of the field and track? Many modern sports stars have graced the beaches and bays of the Turks and Caicos, soaking up the sun as a welcome break from their hectic training schedules.

When your mind is the driving force behind your business, and the cutting edge your playground, it’s important to take some time to relax and unwind. What better place is there than the soft beaches and welcoming restaurants of beautiful Provo?

Last, but certainly not least, where would any list of the famous visitors to the TCI be without a little Hollywood glamour? It’s peaceful atmosphere, combined with the stunning scenery and beautiful beaches, make a magnetic combination that draws even the most rich and famous. Just a sprinkling of the film stars and TV-stars who’ve enjoyed visiting the Turks and Caicos are:

This short list is only some of the famous faces who’ve enjoyed the many pleasures of the island over the years. In fact, US Senator John Kerry has been known to take kiteboarding lessons here!

While you may not be in the tabloids and textbooks yet, why not add you face to the many smiling ones the Big Blue Collectie sees each year? As well as a touch of celebrity glamour, the Turks and Caicos offer a world of fun and relaxation just waiting for you to explore. Come walk in the footsteps of our famous visitors to the TCI, and enjoy a relaxing vacation today.