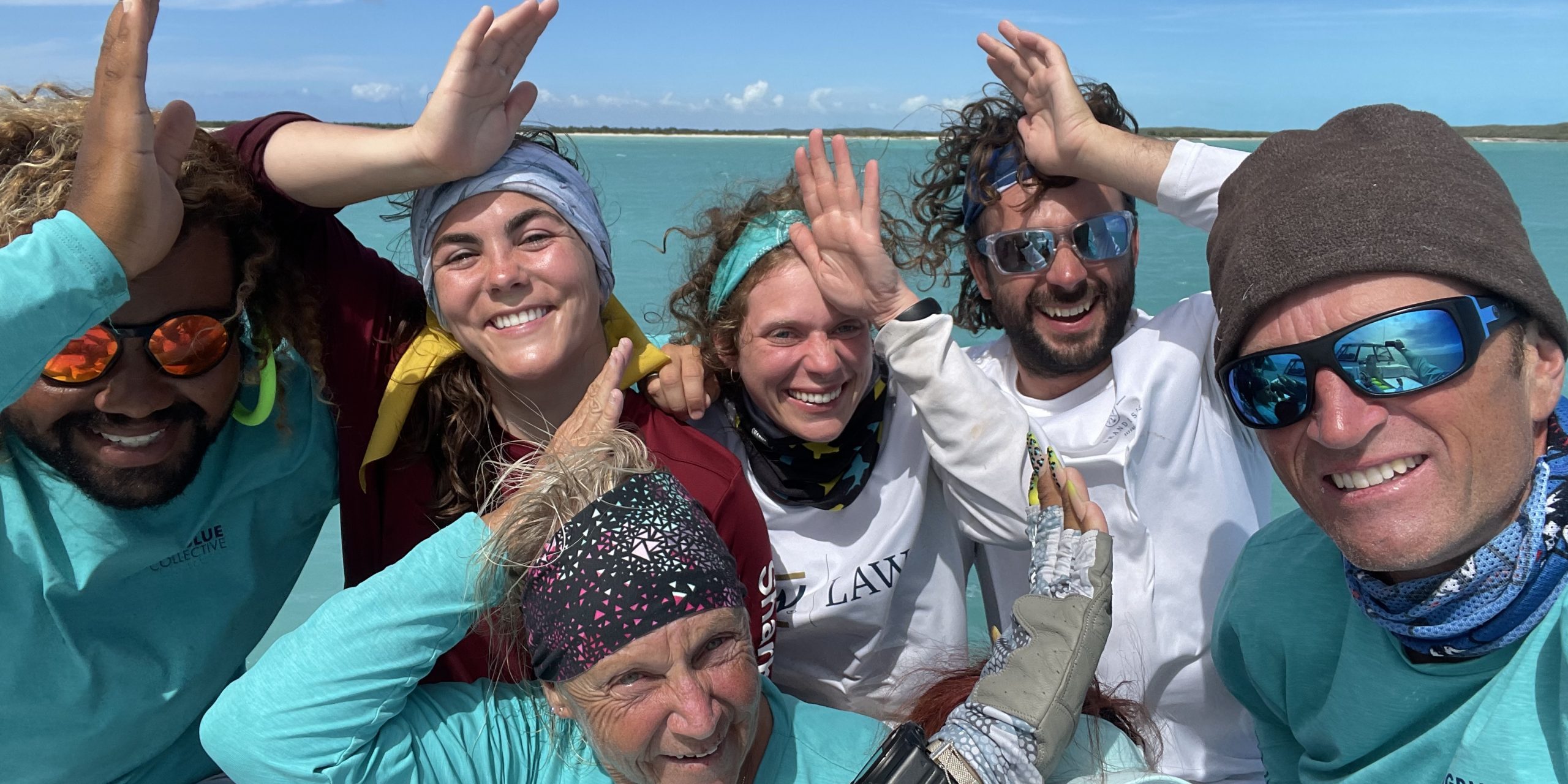 This May saw the sixth edition of our continued shark conservation collaboration effort with the NGO Beneath the Waves team under permits obtained from the TCI DECR.

We are aiming to learn more about how our sharks use TCI waters and what factors are important for ensuring healthy populations. To do this, we collect information on the shark’s diet, reproductive status, genetic makeup, and fine-scale movements through collection of fin, muscle, and blood samples in addition to attaching visual ID tags and implanting an acoustic transmitter into every individual These tags are detected by a series of acoustic receivers, which are secured to the seafloor by scuba divers, effectively ‘listening’ for our tagged sharks.

These acoustic transmitters have a 7-to-10-year battery life and provide a wealth of information on each sharks’ movements and the habitats it uses throughout a decade of its life.  It is vital that the underwater network of acoustic receivers we installed covers a large area and diverse array of habitats. We know for example that both Caribbean reef sharks and nurse sharks stay very local but do travel to reproduce. Tiger Sharks (we already have one tagged acoustically) and Hammerheads have a much wider range that extends hundreds-to-thousands of miles from these islands (hence the value of visual tags)

As such, collecting the data from three previous existing receivers placed, while also securing seven new ones, was the top priority for Senior Research Scientist, Dr. Oliver Shipley and his BTWaves team, Beckah Campbell and Anne Haley both PhD students studying various aspects of shark biology.

While adding new locations to the receiver network between West Caicos and Southwest Provo, Dr. Shipley also trained Philip Shearer and members of the Big Blue shark team (Kaylam, Trish, Judy) on how to correctly and safely tag and collect data in the field so that much of the shark work can begin to now evolve into a year-round effort whenever optimal surface conditions allow work to be carried out quickly and easily on the sharks. Rough conditions make all data collection and tagging extremely difficult for both scientists and sharks.

In a week with only two calm days at sea, the wind and subsequent chop required us to be patient in not only finding reef sharks but also securing them safely alongside the vessel. While not immediately obvious to most, sharks will not and do not feed all day. Hours can be spent with baited circle hooks (the best hooks to use for quick and easy removal) in the water with no sign of any interest.

Without question our number one priority is always the health and safety of the animal by minimizing their stress levels. Thus, once caught on the line, the whole team needs to move quickly to reduce stress on the animal while being as effective and efficient as possible when measuring, collecting samples, placing tags, and finally completely removing the hook before any release can be deemed successful. All in all, it takes about 10-12 minutes to complete the full process with all hands-on deck actively playing their part.

We caught 30 sharks in total. Took samples taken from 24 of them while acoustically tagging 19 individuals. Smaller sharks, 2-3’ in length and under are deemed too small to insert acoustic tags and as such are immediately released after quickly collecting tissue samples and biometric data.

Of the 19 sharks tagged with acoustic transmitters, 15 were Caribbean reef sharks and 4 were large nurse sharks.

With a greater number of receivers and acoustic tags planned to be installed and implanted over the coming years, it will be truly fascinating to build a picture of how exactly our sharks use their habitat, how they might be related to one another, what they typically eat and at what time of year they potentially reproduce.

The more information we have and can collect and provide, the stronger the case will become to make sure Turks and Caicos Islands becomes an international shark sanctuary, with a robust population thereby safeguarding their futures for generations to come. Afterall healthy reefs and oceans need sharks.

Stay tuned for more as our next expedition is slated for fall 2022.

SHARK TEAM WORKING ON THE BACK DECK OF LIVE & DIRECT 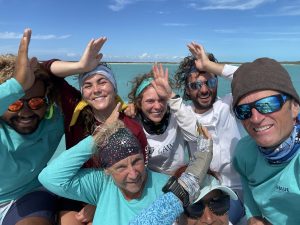 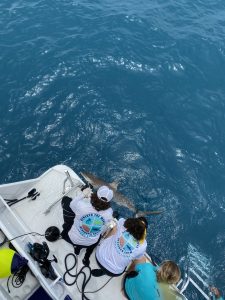 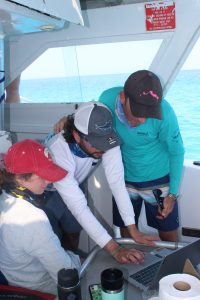 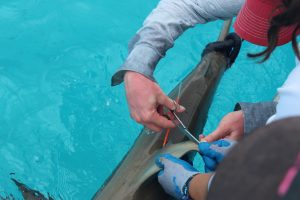 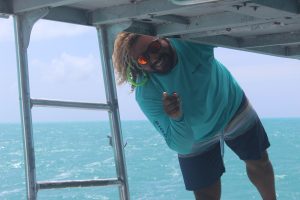 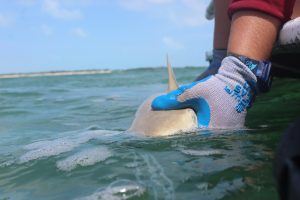