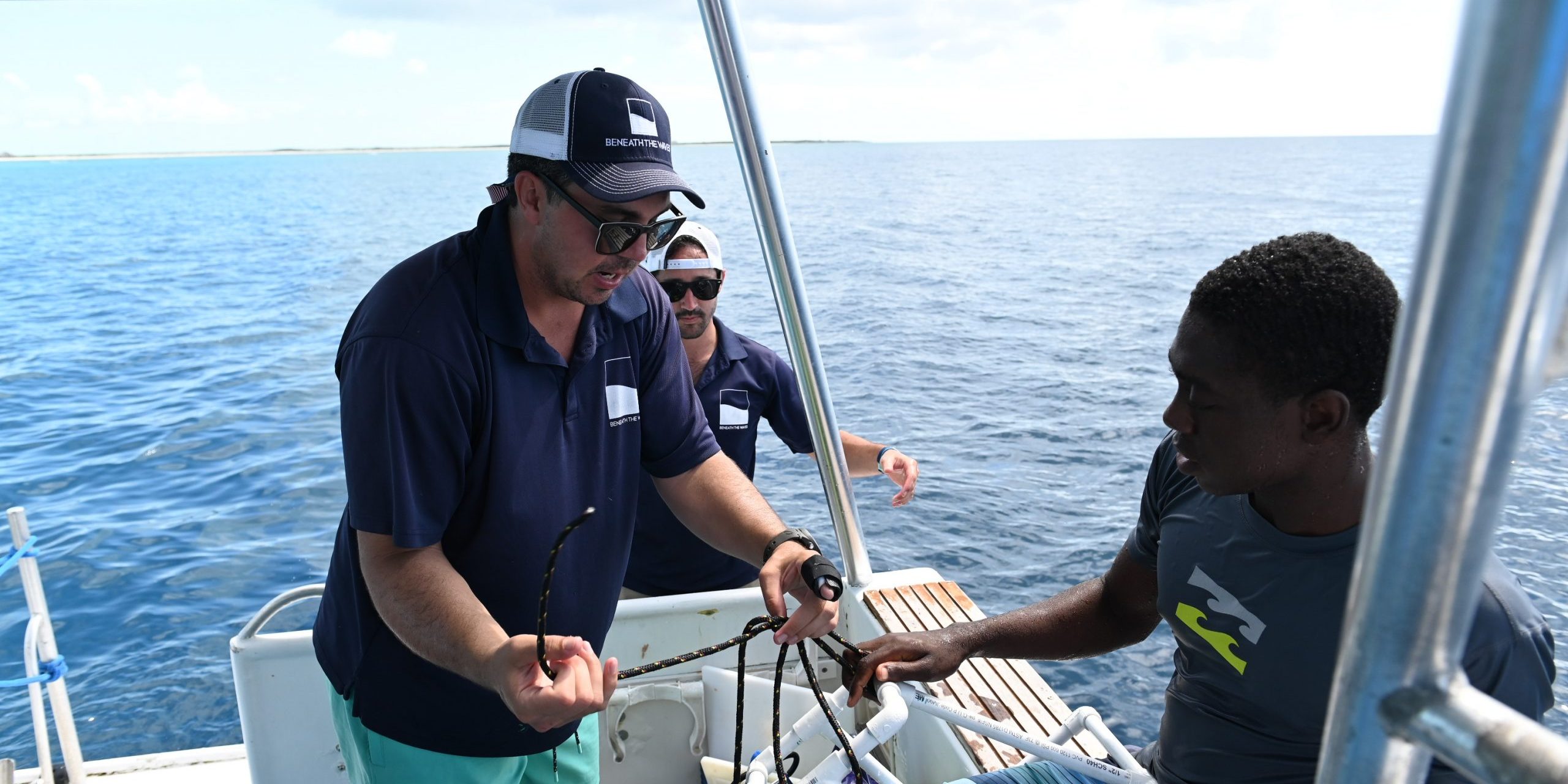 Marine conservation and marine health are at the heart of what we at Big Blue Collective are all about. Wildlife interactions, big or small, experienced

respectfully are the foundation for all our adventures.

NGO, Beneath the Waves (www.beneaththewaves.org) are dedicated to promoting ocean health while using science to catalyse ocean policy, with a focus on shark conservation and marine protected areas. Their team, spearheaded by Dr Austin Gallagher, consists of professional researchers, scientists and innovators, whose project focus is around at-risk species. Partnering with national leaders, governments (in this case our very own TCI Government’s Department of Coastal Resources), businesses and stakeholders, their aim is to inspire positive change in our oceans.

When Austin reached out to Mark and Philip earlier this year to team up and focus on shark research and conservation here in the Turks and Caicos Islands, the mutual synergy between our business and their organisation was obvious from the beginning.

Our mutual passions to observe, learn and protect our oceans means this new collaboration is one of our most exciting ever and certainly one of the most important. Delays due to Covid19 meant that our first shark-based research was started this November. 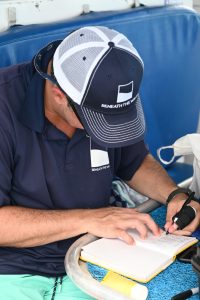 Dr Austin Gallagher, Sami Kattan (BTWaves) joined Mark Parrish and Philip Shearer (Big Blue Collective) on the legendary Live & Direct, which was racked and stacked with 8 BRUV’s (Baited Underwater Remote Video systems – thanks to GoPro, one of several key sponsors and partners). The aim was to set up shallow and deep-water sets, leave sitting for about 90 mins and they view what types of sharks and fish and how many had visited each particular unit. Various different locations were chosen between Grace Bay, North West Point and West Caicos with some truly amazing results garnering more excitement and ideas for future research expeditions.

In three short days almost 100 individual sharks were observed, with up to 9 individuals at any one site. Along with the usual suspects, Caribbean Reef, Lemon and Nurse sharks, we found that we have another very local but shy shark, called the Blacknose shark. A small shark that has undoubtedly been confused with the Reef shark as it was the numerous species seen on the BRUV’s.

Needless to say, with October’s edition now around the corner, the anticipation of finding other species is higher on the agenda as we continue traversing these beautiful islands. 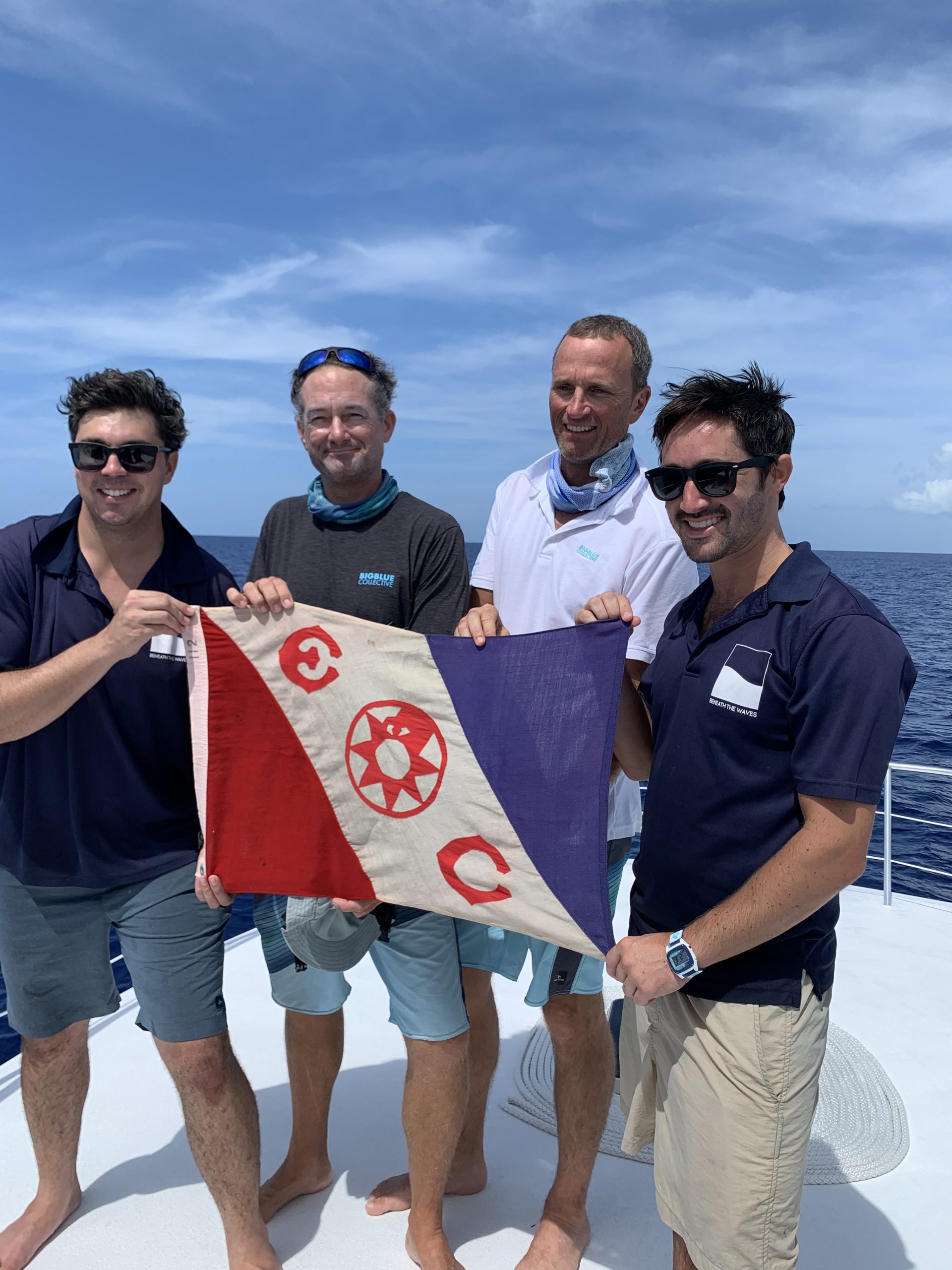