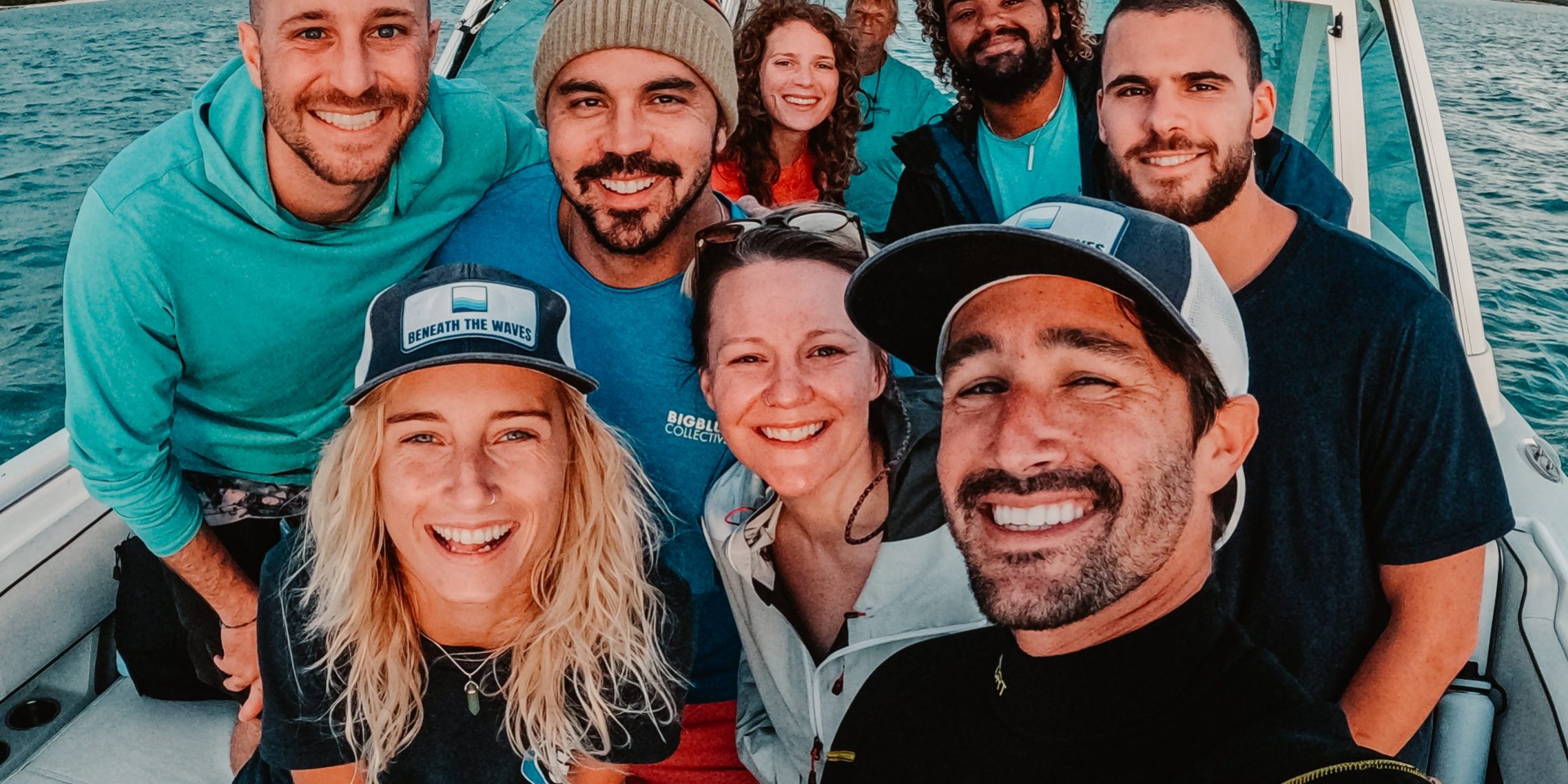 Receiver downloads, a Tiger, two Hammers and some Turks & Caicos history in the making.

“In the end the TCI always delivers and so does the team at Big Blue” – kind and gracious words from BTWaves CEO Dr. Austin Gallagher.

The truth is; it takes a team to make the dream work. This latest installment of our shark conservation collaboration could not have gone any better. As Austin rightly expressed – it delivered on so many levels. The week just flew by as we laid down a serious conservation marker for what is to come in 2023 and beyond.

Finding the Receivers – as it is all about the data. 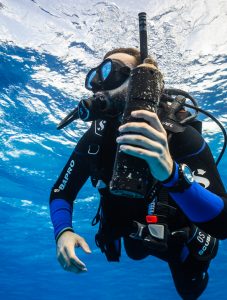 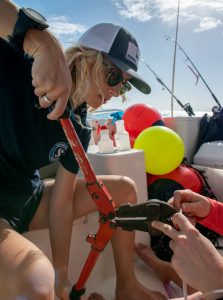 This expedition our primary focus and objective was to locate the receivers we had fixed into the seabed last May and in 2021, download the acoustic history of our tagged sharks, change out the batteries and add new locations. Simple enough and for the most part it was. Receivers on the wall near dive sites are easy enough to find, those in the monotonous seascape of seagrass beds, where the visibility is often poor, less so.

Without a doubt though, downloading the data had us all waiting with bated breath. All the work from our previous expeditions – setting and securing the receivers, catching, tagging, and releasing the sharks safely would be revealed on a laptop. The premise being that the acoustic tags inserted would reveal the transmitted movement data of the animals every time they swam near a receiver. The more sharks we tag and the wider the net of receivers, the more data and information we will have on habitat use, its importance and ultimately its and shark protection.

If success could be measured in numbers alone, then 250,000 downloads across only two receivers over the last five months clearly shows us that the Reef and Nurse sharks around West Caicos love ‘their section’ of the wall – in essence their home. While receivers placed on the bank half a mile to a mile in, had only 70-100 odd hits. Hidden somewhere in those data sets, hopefully, are downloads from our first acoustically tagged Tiger Shark made during Discovery’s Sharkweek in 2021. Is she still around? Is she a local? Was she a visitor? Who knows. All shall be revealed as we poor through the data. 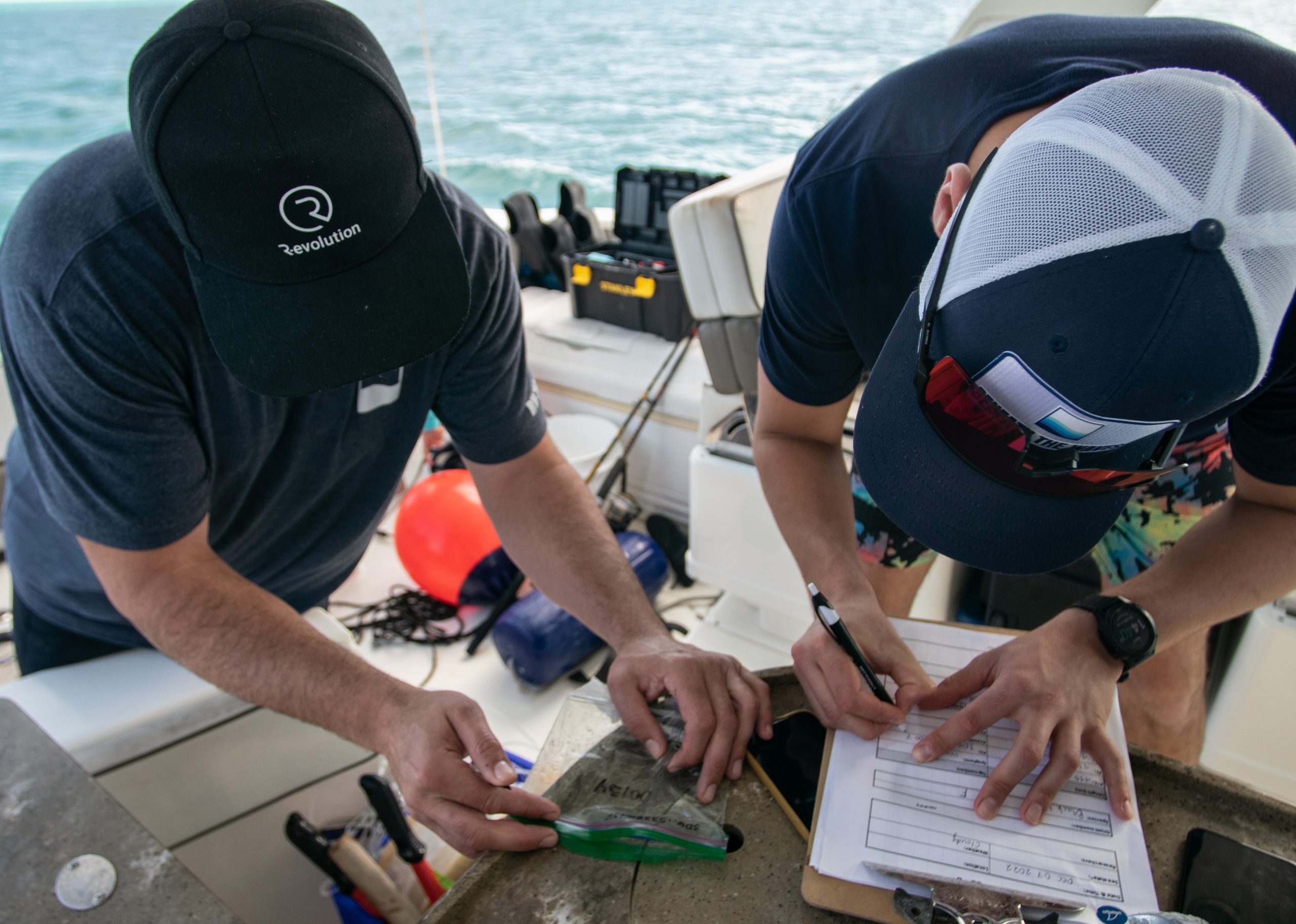 That only tells a part of the story, however. The bottom line is that more receivers and more tagged sharks will give us insightful information. Over time this will tell us exactly how these animals use different spaces and habitats. With that in mind the team added five more receivers to cover all of the West Caicos wall. Exciting times.

Searching for sharks is easier some days than others. The weather, bottom composition and location, tides and currents play a huge part in our tagging success. If, setting hundreds of drumlines has taught us anything, it is that sharks do not eat all day, every day. Neither are sharks everywhere, nor even when we think they are. And some a simply much more elusive and rarer than others.

With half a dozen or so Reef sharks tagged on day one, day two had provided us with almost no sharks. No bites. Nothing. Just long hot waiting hours, sitting under the sun. The seagrass beds, populated with isolated coral heads, not far from the mangroves, always gave us something. Not this day, however. When we had practically given up for the day and just threw in some bait. A hit a hope. To see a large 10’ Great Hammerhead swim in and grab the tarpon head was not on the agenda, taking everyone by surprise and it pulled our line all over the place. Pure power and the exact reason why no sharks were biting. Hammerheads are after all, shark killers. They are assassins. Quick, powerful, agile, stealthy and with a barrage of sensors they know how find their prey. It seems their prey, the sharks know this too. They are however, also, very sensitive. Meaning that conservation work and tagging must be careful and rapid while minimizing their stress levels. It stayed long enough though, allowing our team into the water but left soon after. Preventing a tagging chance. We hoped it would come back but it didn’t.

Two days later in much the same way, we struck gold at the end of the day, again with that last roll of the dice. This time however, we were ready as a beautiful 9’ female Tiger Shark, who with amazing calmness allowed us to take all her vital samples (tissue, muscle, blood, body length) as well as implanting an acoustic tag before we attached a satellite tag to her. Utterly amazing. A true Turks & Caicos first. History in the making.

For the next six months this tag will collect data of her near surface /shallow water movements and travel routes. It will then “break off” and send that data to a satellite that will then be downloaded. Together with her acoustic tag we may well be fortunate to gain a little insight into her behaviour across a variety of habitats from the ocean to the reefs to the shallows, around Turks and Caicos and beyond. This will be exciting. Stay tuned…. 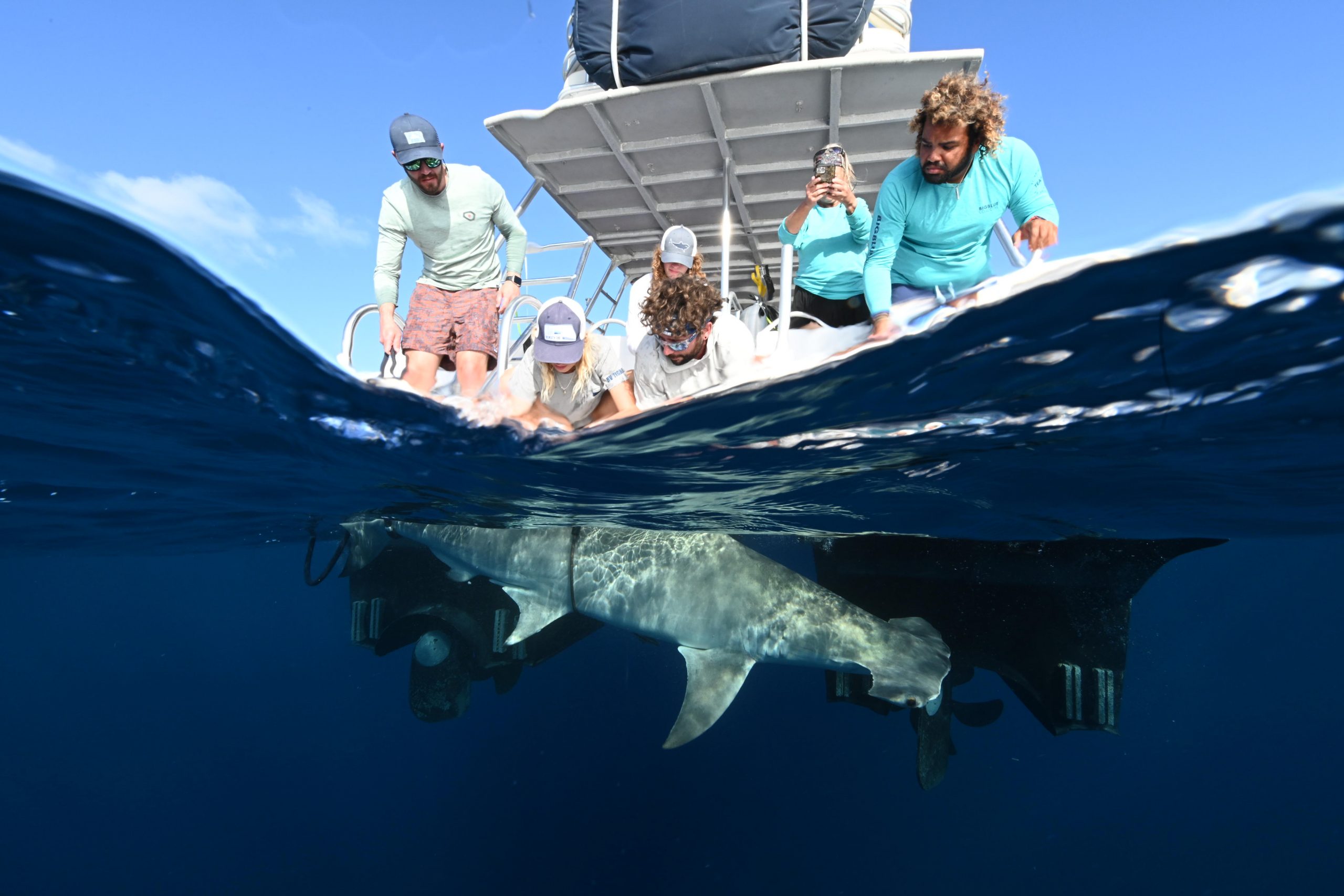 Tagging a Hammerhead by Philip Shearer

True to form on our last day, day five, after tagging half a dozen Reef sharks, we noticed that our buoy and drumline it had been carried off into the blue and was still moving. With Mike on the wheel, Kaylam on the lookout, Philip and Ollie were ready down below to pull in whatever was swimming with the line. Most sharks take about 3-4 mins to pull broadside and secure to the stern of the vessel. As soon as Philip grabbed the line, it was obvious this was a much larger, stronger animal. The sheer weight of it felt like it could pull the boat backwards. Everyone, with necks craned, wanted to see what was coming up. Ten minutes later the giant dorsal fin that broke the surface gave the guessing game away. Another Great Hammerhead slowly but surely relented as we brought this 10’ er to the back of the boat. However, securing a shark with a two and half foot dorsal fin is so difficult. And try as we couldn’t do it. He was simply too strong. Bearing in mind their sensitivity, the team decided to err on the side of caution taking only the basic measurements before letting him swim away into the deep. So close, again. But at least we know they are around and that is the best news.

As expeditions go, this was an amazing way to end 2022. Downloaded data, more receivers, more tagged sharks, and one Tiger with a satellite.

We cannot wait for 2023 with our next installment slated for February. It promises to be a good one especially as the Turks and Caicos always deliver.

See you on, in and under the water.