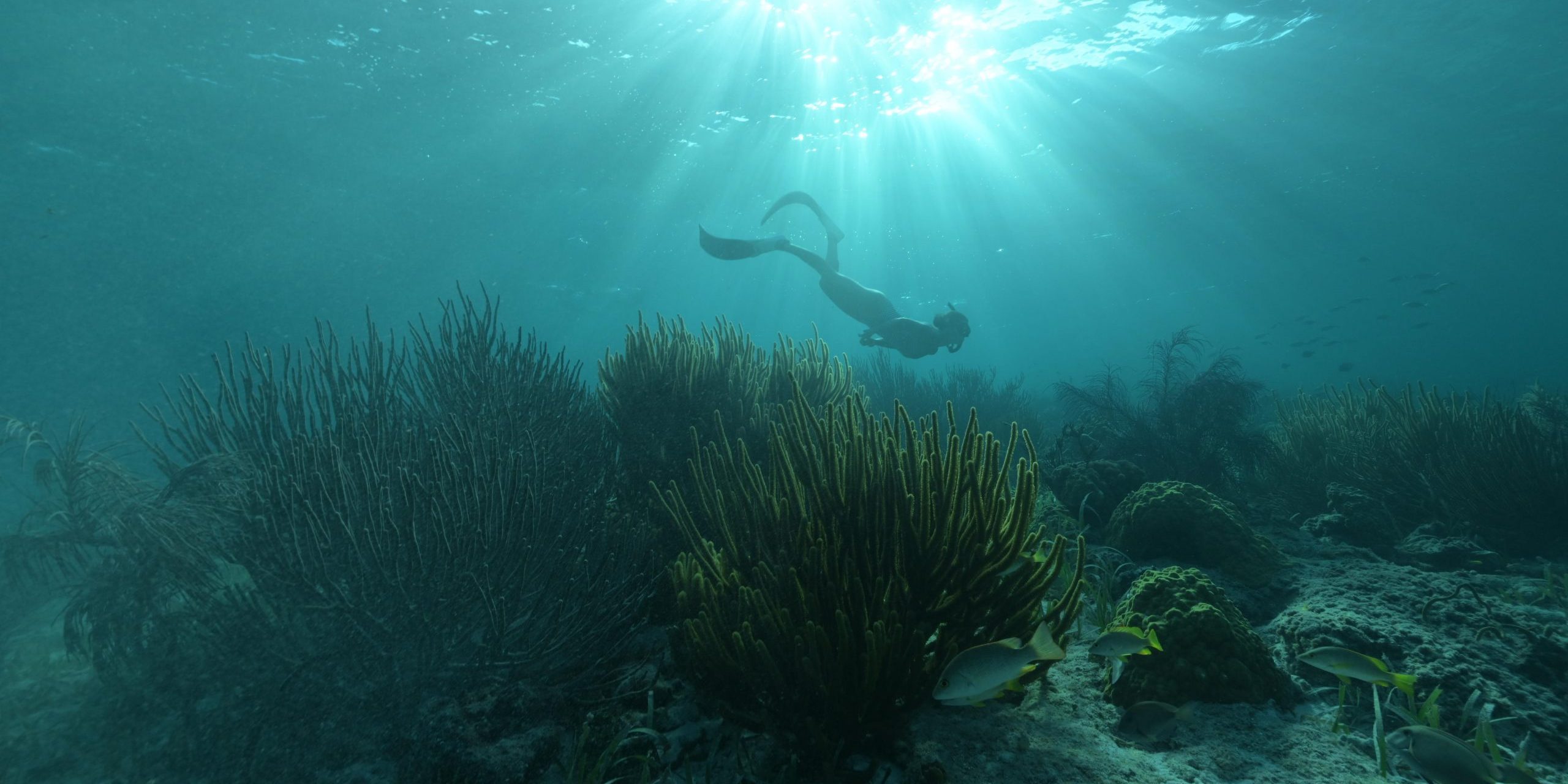 I recently had the pleasure of joining a Big Blue Collective private boat charter with one of the owners, Philip Shearer as Captain, which really showcased to me why private snorkel trips are so special here in Turks and Caicos.

We were a small group of 5 and it stayed that way as we travelled far away from shore, with no one else in sight. It felt as if we had the whole ocean to ourselves and could enjoy the beauty and expanse of the blue all around – how peaceful it was!

The reef here was larger than those I’ve seen closer to shore, and the coral formations were even more spectacular. It was nearing the end of the day so there was an abundance of underwater activity happening before us and the fairy-tale lighting was stunning. Looking up at the surface from below I could see each individual ray of sunshine shimmering through the water, as if spotlighting the evening show on the reef.

I gazed at the colourful fish darting around, wondering what important jobs they were all doing, while making sure I kept my distance so as not to accidentally touch any coral or aggravate the fierce looking lionfish standing guard in front.

Large, graceful turtles would effortlessly glide past, displaying their patterned shells, some with fish hanging on looking like they were hitching a ride. Others would soar up for a deep breath of air before hypnotically spiralling their way back down, dancing around the beams of light.

Having experienced divers on hand was amazing for tips for how to coast smoothly through the water with minimal effort as well as for pointing out sea animals I may never have spotted myself. I was taken aback at the size of some of the giant stingrays buried into the seabed, with nothing visible except an outline and their dark bulging eye sockets. Watching them emerge, flapping in slow motion as the sand dusted off the back of them, seemed prehistoric.

The team were fantastic at briefing me around potential shark sightings. For years I have been somewhat jittery in deeper water, with my ‘fight or flight’ brain on high alert, fearing that the slightest tickle on my foot or leg meant I was about to lose a limb to a shark bite!

After some re-education and reassurance from the Big Blue Collective team, my perspective changed and I was surprisingly relaxed and serene when we encountered 6ft long nurse sharks cruising past us, and others silently sleeping on the ocean floor! Much to my amazement and relief, just like the Big Blue Collective team said they would be, they were disinterested in us humans and gave us a wide berth, allowing me to admire them and their streamline movements with fascination and wonder, instead of dread!

It’s always such a pleasure relaxing into a mindful underwater state, viewing the marine life up close and personal in their natural habitat. Turks and Caicos is amazing for snorkeling as not only is it a delight to be in uncrowded, unspoiled nature, but the water is so crystal clear you can see things with incredible clarity. So, what are you waiting for, talk to Big Blue Collective, hire a boat and get snorkeling – you don’t know what you might see out there in the blue!!