Dolphins. Swimming in the pod. 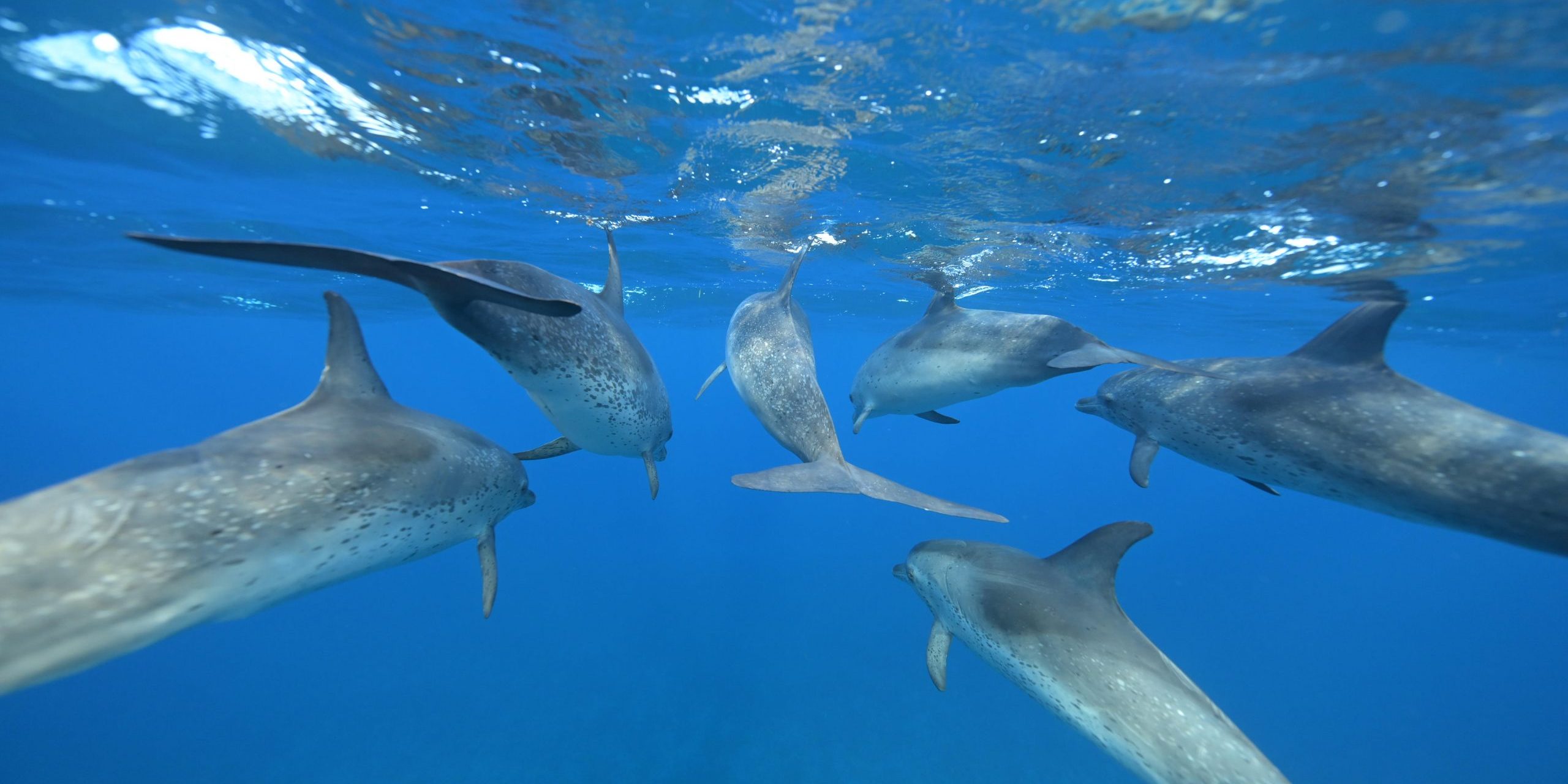 We see a lot of dolphins a lot of the time – on all our different trips and adventures. Rarely does a day goes by when at least one of our trips hasn’t been fortunate to have had some form of dolphin experience. There are everywhere. In the open ocean, outside the reef, inside the reef, on the south side and on the Caicos Banks.

The local legends of Provo and the Caicos Cays like the world-famous JoJo as well as Bo and her irrepressibly inquisitive calf, Scooter are often seen. They generally live in the same area, inside the reef and are amazingly 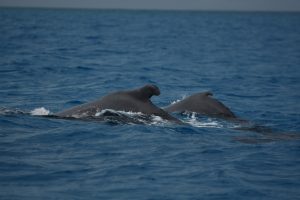 In the open ocean different pods of dolphin (Bottlenose and Spotted) travel in pods socialising while seeking prey. Boats are a welcome distraction and offer these acrobats free rides as they slipstream on the pressure waves at the front of the boat or surf of the wake. Always a highlight, dolphins will stay around for as long as they remain interested or if the vessel is moving in the right direction. In water encounters therefore, while incredible, are often fleeting and require multiple immersions to stay with the pod. In the right conditions and with patience these quickfire encounters can evolve into longer experiences. Occasionally, they can move into a different dimension. That is exactly what happened this winter.

Into the pod
With a pod of Bottlenose behind the boat and a massive pod of smaller Spotted dolphins in front of the boat, we had been spoilt for choice, with numerous exhilarating encounters having taking place from the moment we saw them just outside Leeward reef. Two hours later they were still with us, but something had changed. Their vibe was different. They seemed to have slowed down and while still gathered at the front of the boat, it seemed
they were hardly moving. Sliding in, we felt that we might be allowed in closer. Little did we know as we finned our way to the bow, that the dolphins would, instead of swimming away, allow us into their pod. And there we were, side by side, literally surround by spotted dolphins. They were so close we could touch them. Their tolerance and interest of us match by our utter fascination to be swimming in the pod. At the best of times trying to figure out what these highly tactile and social mammals are up to, is almost impossible.

This time however, we could recognize individuals, pairs, and smaller groups within the pod as they played out their own roles. Some playing, some curious, some obviously keeping their distance as time and again the dolphins would swim apart and then reconvene in what seemed like a very structured manner and order. Every scar on their bodies, every nick in their fins, the subtle differences in their unique grey scale colouration was vivid and detailed, now burned in the memory and recorded on film. With the setting sun and golden light rays penetrating the surface, our time with these wonderful animals would end. In truth even at their slowest swimming pace, we could hardly keep up as the dolphins picked up the pace and leave us flailing, exhausted and elated.

Indeed, as is so often the case, words hardly suffice when trying to describe encounters like this – perhaps our video does. It is moments like these that we live and guide for.

The next time you are on the boat. Be ready. It could be you swimming with dolphins in the blue.