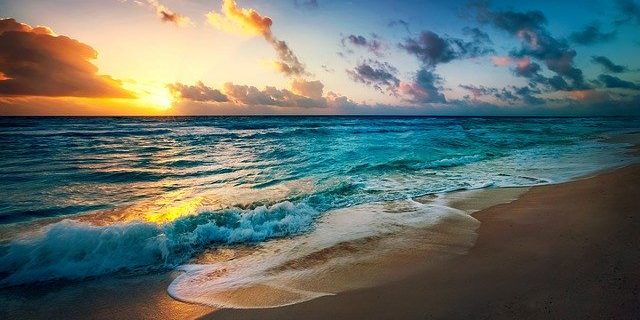 It’s no secret that the Big Blue Collective love our home base here in Provo and the TCI. Yet as with all island nations, climate change is a very real and palpable threat in the Turks and Caicos. Today, we’re taking a closer look at what we the inhabitants- with the help of the many tourists who visit this beautiful locale every year- can do to help preserve this Caribbean Paradise and it’s exciting watersports like kiteboarding for the future.

Does climate change in the Caribbean really matter?

The Caribbean- and the lovely Turks and Caicos- is a strange place when it comes to human impact. We only have 1% of the world’s population officially… yet we see over 3% of the total world tourism pass through our homes. It’s no real surprise why. The TCI reefs are the third largest in the world, fluttering with brightly coloured marine life that’s spectacular to behold. Provo offers some of the best beaches in the world– and yet they remain almost empty. It’s possible to relax and de-stress in these gorgeous surroundings without the crush of too many other people around you. Plus, of course, some of the world’s most exquisite marine life and the pristine wilds of the back islands. It’s even one of the world’s premier whale-watching destinations!

Yet it’s all these exquisite natural drawcards that make the area so very vulnerable to the ravages of climate change in the Turks and Caicos. When most of our biodiversity lies in a relatively small coastal habitat, it’s hardly surprising that it doesn’t take much to upset the natural balance. The spiny lobster and the world-famous Queen Conch, in particular, are threatened by these changes… and what would the TCI be without its famous conch industry?

Is climate change in the TCI real, though?

While it’s become a little vogue to question climate change, the facts speak for themselves. Yes, the increase of greenhouse gases in the atmosphere are having an effect on the world around us. Activities like burning fossil fuels for transport and electricity are widely suspected to be the root cause of these issues. These extra gasses make the world a warmer place. While that may sound fantastic for a place like the Turks and Caicos beach destinations, it kinda isn’t in practice. 2014 was, in fact, the warmest year we’ve yet had!

What impact has climate change in the TCI had?

Temperature extremes are never good, and they can be even more dangerous for small island nations like the TCI. Higher temperatures can trigger more tropical storms and hurricanes with floods, or even conversely trigger a drought! This increase in the risk of natural disaster is never good.

However, it’s the longer-term effects that can be more devastating. Even subtle changes in the ocean’s temperature, for example, can devastate the marine population and have serious effects on the TCI’s barrier reef. Fish and marine mammals used to living in the precise water temperatures native to the area can’t adapt to colder or hotter water. Instead, we see colonising species from elsewhere, jeopardizing our gorgeous Turks and Caicos flora and fauna.

Does climate change in the Turks and Caicos affect man, too?

The TCI itself doesn’t actually generate much of this greenhouse emission, either. Even taking us as one of the collective small island developing states worldwide, we produce less than 1% of the gasses emitted annually! That doesn’t prevent climate change from having an impact on the people of the Turks and Caicos, though. Changing weather globally leads to the formations of hurricanes like Hurricane Irma, whose terrible presence was felt on the island last year.

It’s not just about the hurricane itself, though. Events like this can cost small nations dearly- not only in loss of life at the time, but in the damage to precious infrastructures like roads, hotels and tourist attractions. Sometimes, it can wipe out a decade or more of careful development in one angry storm. Recovery can be slow and costly.

It can also change how much sun an area receives. If you love sporting your tanned beach-bod, that may sound amazing… until you consider that subtle shifts in the UV balance received in the area, or a thinning of the Ozone Layer, can result in an increase in skin cancers and other adverse health effects. No one wants that!

What about melting ice caps?

It’s funny to think of melting polar ice caps having an effect on somewhere so far away as the Turks and Caicos- but rising sea levels aren’t a great thing when you are an island! While each individual cm of sea-level increase seems small, it doesn’t take much to forever change the faces of our beautiful beaches. And if you’ve ever experienced the gorgeousness of Provo’s beaches, you’ll understand why that’s the last thing we want!

Something you may not know, however, is that this also makes the seas more acidic. As we mentioned above, it doesn’t take too much upset the balance of perfect conditions in the TCI barrier reef… and a change in water pH can completely change the microorganisms that grow here. That can lead to problems with ‘foreign’ microflora colonising the waters. This can, in turn, affect the feeding cycles of our fishes, sharks and even the visiting whales who migrate through the Turks and Caicos annually.

In short, climate change in the Turks and Caicos, and the whole Caribbean, is a whole bunch of no good. That’s why we at the Big Blue Collective are proud to do our part to promote eco-friendly tourism that instead sustains and grows the area. By supporting local conservation efforts, and working with eco-focused tourism activities, we are proud to do our part to help the world.