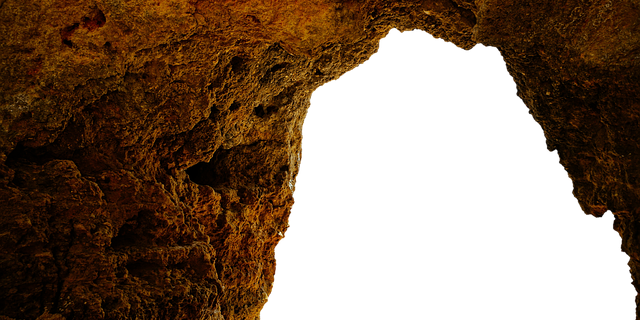 When you think of the TCI, we’re sure you think of sunlit beaches, swaying palms and the glorious blue of the water. Have you ever stopped for a moment to consider what lies under all the beauty, however? We bet you haven’t! The Conch Bar Caves are an utterly unique karst system of sinkholes, caves and ‘blue holes’… and today we’re showing them a little love too!

What is a karst cave, anyway?

Making a cave takes a good, long time. Karst caves are what you get when a mild acid eats away at limestone over millennia- something that happened in the Turks and Caicos when acidic rainwater slowly dissolved the exposed limestone bones of the island when sea waters were lower. Limestone itself is a little acidic, which adds to the effect. Soft areas are exploited, while harder areas (often with a stronger mix of rock) remain intact… and over time systems of sinkholes, dips and caverns are formed.

The Turks and Caicos is built on a skeleton of limestone, so the entirety of this unique corner of the earth- from the beautiful underwater vistas and her unique shores to the exposed rock outcrops you find as you explore the back country- is shaped by the unique erosion effects of water and sand.

Where are the Conch Bar Caves?

The Conch Bar Caves nestle on the Middle Caicos Island, and are possibly the best known cave system throughout the whole of the Turks and Caicos. It also holds the title of the largest non-submerged cave system in the entire Bahamas, so you’ll understand how unique this amazing chain is.

Unsurprisingly, this means it has a long history intertwined with island culture. When storms threatened, the Taino aboriginal people would take shelter here. Even after colonisation, the cave system was used as a bat guano resource, and it yields fascinating finds and tiny glimpses into the prehistory of the TCI (and some unique now-extinct animals) even today.

While Conch Bar Caves are the most impressive in the system, they’re not the only gorgeous underground vistas for you eager spelunkers to explore. Very close to Conch Bar is Indian Cave, notable for its natural ‘skylights’ bring light and tantalising glimpses of the sky into the cave depths. Desperate for the nourishing sun, unexpected wild ficus and papaya trees thrust trembling branches skyward here, making the most of what little nature has left them to work with.

East Caicos is another great site to explore if you’re interested in getting into the darkest depths of the TCI. While considerably smaller than the Conch Bar Cave system, they’re still fascinating- especially if you happen to stumble upon the faint traces of rail track showing its history as a guano mine.

Overland caves like Conch Bar Caves aren’t the only spectacular natural formations you’ll find in the Turks and Caicos, however. The TCI is also home to some spectacular underwater systems, especially in the beautiful mangrove channels and the shallower areas of the sounds. There’s so many, in fact, that scientists and naturalists debate the exact number- after all, one man’s ‘small cave’ is another man’s ‘deep crack’. No matter what you’d classify them as, however, there’s no doubt they are beautiful, and some provide amazing opportunities for divers.

The submerged caves are a mystery of their own, in fact. Most are not connected to the ocean by any means we’ve discovered, yet exhibit clear tidal behaviour. This strongly suggests a subterranean connection to the ocean we have yet to discover, adding another layer of glamour to these dark and mysterious depths. We’ve even found barracuda populations inland!

When is a cave a sinkhole instead?

Caves, as we’re sure you already know, tend to encompass a lot of horizontal space to go with their depths. Sinkholes, on the other hand, represent a dramatic plunge in the landscape, often formed originally by sudden subsidence. They can be tiny, less than a metre in depth, or massive, with soaring depths. ‘The Hole’, the famous Provo sinkhole, plunges a dramatic 60 foot to the water! You’ll find many beautiful examples around Provo, especially around the Cooper Jack Bay Beach. While the site remains unprotected at present, we’re hopeful more interest in this beautiful area- which also features storing stone formations and breath-taking scenery- will help drive efforts to conserve the natural beauty. Don’t forget to swing by Crossing Place Trail in Middle Caicos too!

What colour is your favourite?

‘Blue holes’ is a special term for sinkholes characterised by remarkably perfect round surface openings that conceal deep, watery depths. You’ll see magnificent examples at Cottage Pond and the Middle Caicos Ocean hole here in the TCI. Cottage Pond has even proved to be home to a previously unknown species, a marine remipede. While remote, Middle Caicos Ocean Hole is so impressive it’s well worth the visit as part of our eco-tours. 2000 feet wide, it’s possible the largest of its type in the world! Another can’t-miss, East Caicos holds a variety of blue holes scientists suspect are, in fact, super rare black holes, of which only 5 or so are known worldwide.

Get a glimpse into the distant past

Caves have been way more to mankind then just pretty items of scenery, however. It’s unsurprising, if you consider it, how closely tied early man was to these sheltering, protective areas of the landscape. It was no different in the Turks and Caicos. Splendid artefacts from the proto-population of the area, the Taino, have been found throughout caves on the island, especially at West Harbour Bluff in Provo. Consider taking one of our popular boat cruises out to see the area.

The TCI isn’t just a pretty island destination- it’s a spectacular eco-adventure just waiting for you to explore it! Be sure to add Conch Bar Caves, and some of these other remarkable natural features, to your Big Blue Collective tour itinerary on your next visit.