Iguana Island in Turks and Caicos 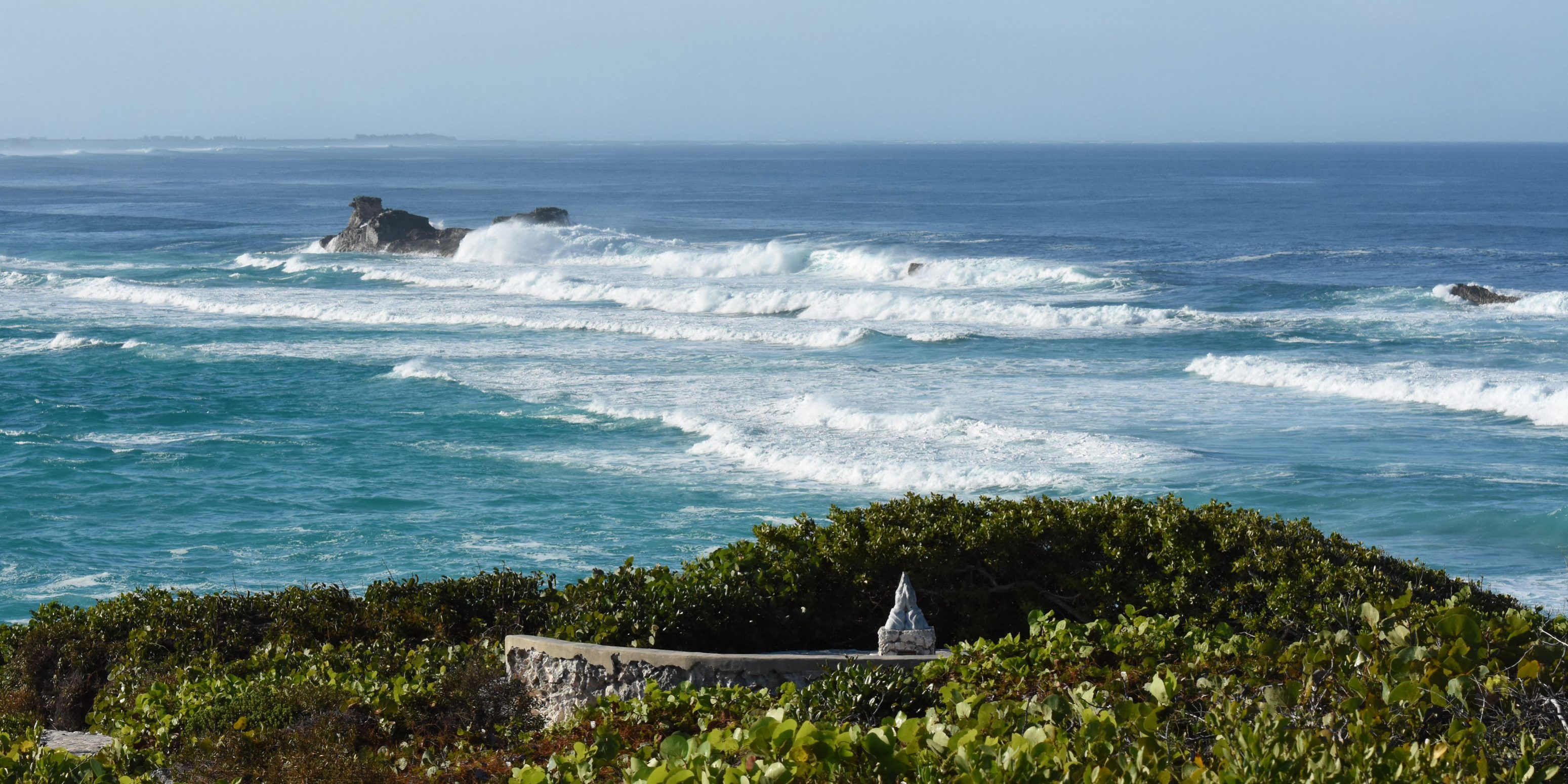 Little Water Cay, or Iguana Island as it is more commonly known, is a popular attraction on the Turks and Caicos Islands and a must-see destination for all visitors to the area. This former low-lying island is situated a short hop away from the main island of Providenciales and is easily accessible either by a pre-paid excursion, or by kayak.

This unique area is home to a small population of Rock Iguanas, who are native to the islands. Their population was once healthy and flourishing, however due to the introduction of domestic pets, particularly cats and dogs, the population rapidly declined and the species became endangered.

As part of large conservation efforts to not only protect the Rock Iguana, but allow them the opportunity and safe habitat to repopulate, Iguana Island has become a well-protected, eco-friendly environment. It is both a safe home for the iguanas and also a popular visitor destination where tourists can see the animals in a safe, non-harmful way.

How to reach Iguana Island

The island is a very short distance (just 456 meters) away from Providenciales and can be easily reached in one of two ways. Firstly, visitors can take part in an excursion, which will also usually include the cost of the entrance fee to the visitor park. Secondly, it is also possible to cross to the island on a kayak, which can be rented from Big Blue Collective, and paddle across to the island independently.

Depending on which method of transport you take, you may either arrive at the north or the south of the island. It is possible to start your journey from either side of the island.

The island has two sets of loop boardwalks, where you can explore and see the iguanas without harming the environment and their habitat. Looking after the iguana’s habitat is extremely important to their continued survival and fight against extinction and eco-friendly tourism is one of Big Blue Collective’s principal causes. All of our excursions have minimal or no impact on the local environment and we educate our guests on how to enjoy the beautiful islands of Turks and Caicos, without leaving a trace. The boardwalks at Iguana Island keep visitors at a safe distance and avoid the trampling of habitats. Furthermore, there are no litter bins on the island, all litter must be taken back to the mainland, to avoid attracting predators which may threaten the iguana population.

While exploring Iguana Island, visitors can observe several natural habitats including areas of mangrove and buttonwood communities, hyper-saline and tidal flat areas, coastal coppice and coastal scrub. In addition to the flora, eagle-eyed visitors can also spot a range of birds such as osprey, brown pelicans, and bananaquits. Other wildlife which may be spotted includes hermit crabs, southern stingrays, and lemon sharks. However, the rock iguanas that inhabit Little Water Cay are certainly the star of the show.

The species native to Turks and Caicos is the Cyclura Carinata species of rock iguana; reaching up to 30cm at full size, they are relatively small compared to their distant relatives. They can live up to twenty years and females can lay up to nine eggs each year. With the right protection, this species has had the fighting chance to grow their numbers significantly over recent years.

Generally, visitors will have no problem spotting the iguanas, as almost 5,000 are present on the island. Their color can vary from green to brown and they usually have dark markings on their scales. The males are much larger than the females, weighing almost twice as much! During the day they enjoy rocky environments and at night they retreat to their burrows in the sand to sleep and rest. These sand burrows and nests are one of the most important reasons that visitors are not permitted to stray from the boardwalks, as this can easily cause accidental but large-scale damage to their habitat.

There is little shade on the island to escape from the sun, so we recommend bringing plenty of water (remember not to litter!), a hat to protect your face and neck and a good quality sunblock, preferable bio-degradable, which is a must if you are also participating in Big Blue Collective’s water sports activities.

The admission price to enter the island is $10 for a short trail or $15 for an extended trail. If you are seeing the island with the help of a tour operator such as Big Blue Collective then the cost of your entry is often included in the overall cost of the excursion, but be sure to check this before departure. The recommended visit time to enjoy the island at your own pace is around 2 to 3 hours and although amenities are limited, there is a visitor center with a small shop where you can purchase local crafts and gifts as a reminder of your visit.

Cooling off after your tour

After a few hours of exploring the island and soaking up the unique experience, it’s likely that you’ll want to cool off in the crystal clear waters that surround Turks and Caicos, so why not combine your morning visit to Iguana Island with an afternoon snorkeling excursion with Big Blue Collective and see what fascinating wildlife the islands have to offer below the shore. The shallow reefs are teeming with stunning fish and coral that can be explored easily with the help of our knowledgeable guides, who will provide you with the best equipment and teach you how to explore the warm waters while respecting the marine life and reef environment.

To arrange your visit to Iguana Island and visit this once in a lifetime destination, contact the team at Big Blue Collective today to book an excursion. With a wide range of activities and tours on offer for visitors to Turks and Caicos, the team can also advise on how to make the most of your trip and see everything that the islands have to offer. Contact us today to start planning your adventure!