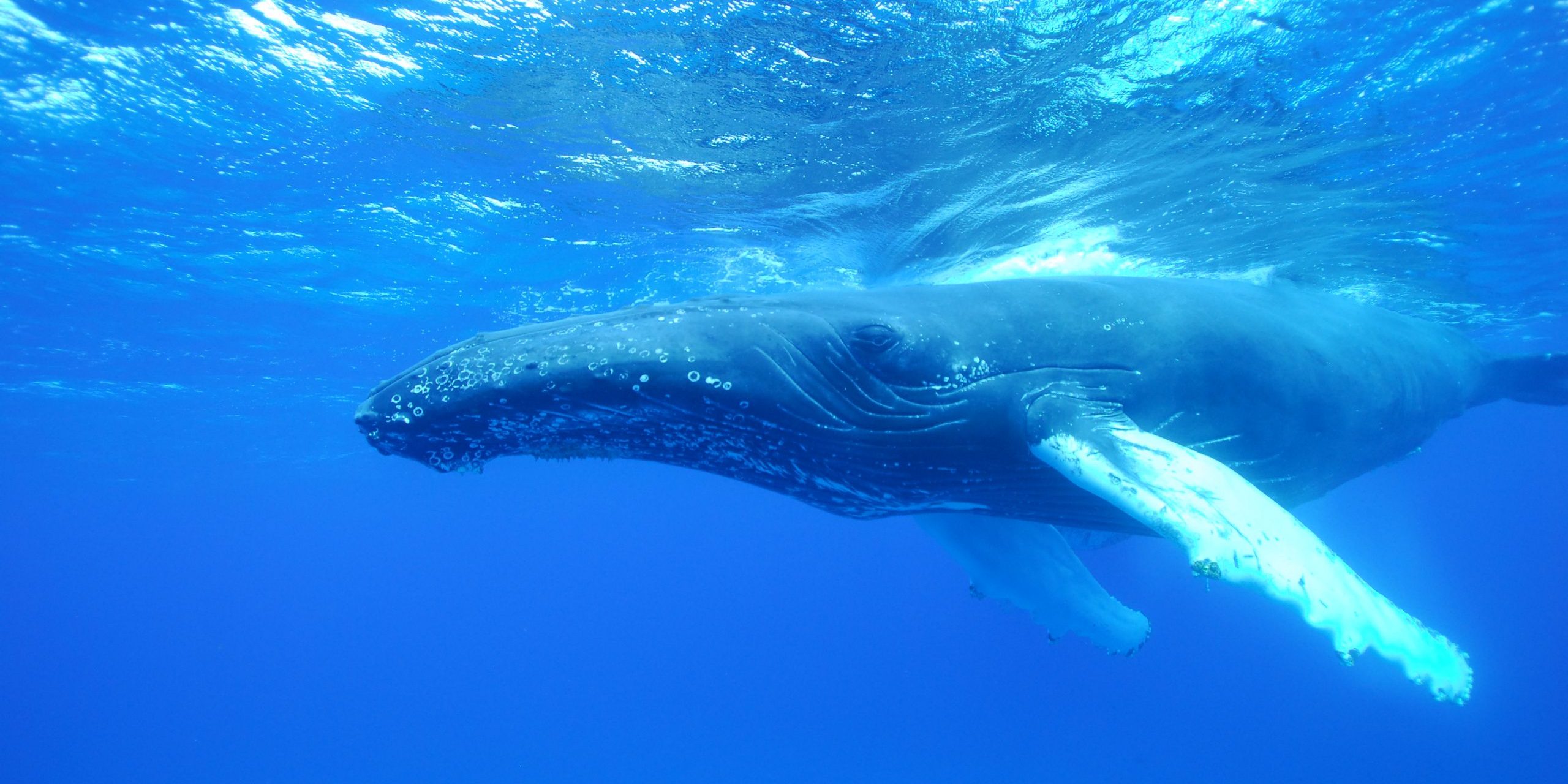 During the winter months our top-notch crew, not only continues to offer the best service but always keeps an eye on the horizon in anticipation of a blow or breach, from a nearby Humpback Whale. These spectacular 35+ ton giants grace us with their presence for only a few months (Jan, Feb, Mar and even April) a year, making every sighting an exciting event! 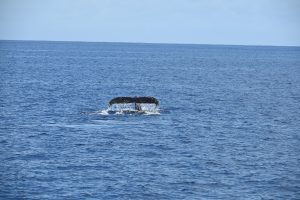 an adventure, our very stable 42’ luxury power cat, White Sands, likes to cruise with the waves out in the deep blue during whale season. From December to March the fly bridge becomes not only a place for great views and picturesque sunsets but also the number one spot to sight Humpback Whales swimming anywhere nearby. Often our staff are just as, if not more excited for an epic encounter as our guests, so they are constantly on the lookout.

However, unlike other whale watching tours, a careful, slow approach with hopefully a soft-in-water encounter is always our goal; by taking a step back and allowing the animal to make the approach, we as humans become less of a threat, allowing for a an up close and relaxed rendezvous. So, with a little bit of patience and a trip out with Big Blue Collective, that could be you in the water, listening to their harmonious singing while watching 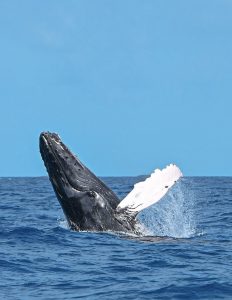 these magnificent giants glide right past you.

Every encounter so different, each one is a new first! Although like mine, your very first will forever be etched into your memory… like this February 2022

“The excitement begins to build as everyone on board sees the spout, with the whale now a few hundred meters to our 5 o’clock, the captain swiftly shuts off the engines. The anticipation continues to build, eagerly counting each second between its 4-minute breath holds, as we watched this glorious whale glide nearer. Ahead of the whale but also not directly in its path, we are aligned in its cone of trust. Despite being in the vicinity of a whale, by remaining passive and quiet we display a non-aggressive activity, inviting the whale to approach us.

Silently we slipped into the water, floating motionless on the surface for a few minutes when all of a sudden a white spot begins to appear in the distance, in water hundreds of feet deep. Eventually distinguishable, the size of its pectoral fin rapidly increased as the curious creature drew closer and closer. My chest pounded and a realm of emotions flushed over me – my entire body was comparable to the size of the barnacles that effortlessly grow on its textured skin. Its dorsal fin broke the surface and spray from its spout sprinkled down on my back. As I stared deep into its eye, the enormous mammal slipped passed me with a single flick of its fluke, continuing on its very way.

Difficult to believe a moment so meaningful, an encounter so spectacular, can all fall into place in just a just a few short moments and be over just as fast. However, the excitement does not cease upon returning to dry land because each and every time you tell your story, you get the chance to relive that magical moment. But it doesn’t have to be someone else’s story, give your dreams a chance to come true and join us for your own unreal encounter!”