Our marvelous coral reefs- Why we need them, and how YOU can help save them! 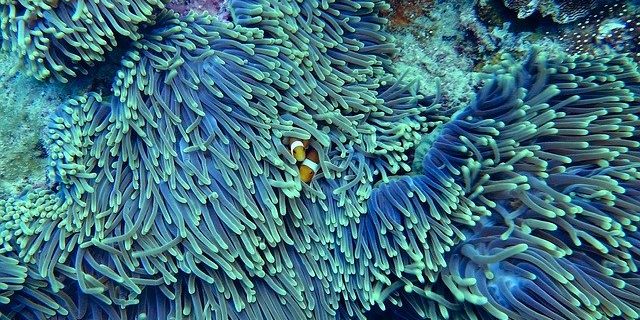 There’s possibly nothing more beautiful to a diver or snorkeller than an unsullied expanse of coral reef. Diving in the Turks and Caicos wouldn’t be the same without it. From the vibrantly colourful fish flitting in and out of its secret depths, to the truly spectacular nature of the coral itself, there’s nothing quite so breathtaking as a living reef in all its glory.

Sadly, however, scientists are reporting more and more environmental damage to coral reefs all over the world…and the death of our reefs means a little more than some lost Instagram opportunities! While the Turks and Caicos barrier reef continue to thrive in near-pristine conditions, reefs around the world need our help, so the Big Blue Collective is taking a closer look.

What is causing the coral reefs to die?

In 2016, we lost ⅓ of the coral reefs that make up the famous Great Barrier Reef. This die-off was caused through the effects of a searing heatwave that struck that year. That wasn’t the only catastrophe in store for the reef, however, as a mass bleaching incident in 2017 devastated the reef further. Together, this damage amounts to over half the reef lost, in less than 2 years!

This devastation may be more noticed on this famous landmark, but it’s not in isolation. It’s estimated that in just three decades, we’ve lost half the reefs worldwide, although the Turks and Caicos barrier reef continues to flourish.

What causes these losses? Acidified oceans, coupled with a rise in heat, are behind much of the losses. So are bleaching incidents. Both of these can be tied back to human activities, and the overall challenges of global warming.

One need only look at the gorgeous Turks and Caicos Islands, and the turquoise seas surrounding them, to see how healthy reefs help make healthy oceans. The gorgeous visual beauties of reefs aside, they are a key component in protecting vulnerable coastal areas from surging seas. It’s also important to consider those flitting critters you see playing in the reefs- a quarter of known fish species rely on coral reefs for some part of their life cycle. That’s pretty remarkable, given that reefs only cover about 1% of the ocean floor! It’s estimated about 80% of our breathable oxygen comes from the ocean, so imagine what huge long-term catastrophes even the tiniest of loss of diversity and life there could cause.

That’s not the only worry, however. The increasing trend of global warming, no matter where you stand on the matter, has had terrible effects on ocean life. Because water absorbs heat so efficiently, a huge proportion of the effects of global warming are seen here. This rapid warming, combined with increased acidification through the absorption of CO2, causes coral to bleach, losing its eye-catching colours and more importantly, the ability to produce food. Growth slows, and the coral becomes vulnerable to destruction from algae, diseases and more. Although the damage to the Great Barrier Reef is perhaps the most publicised, this is occurring throughout the Caribbean and in other sites worldwide. By 2030, we may have lost up to 60% of our reefs. We may lose them all by 2050.

How can I help the coral reefs?

It’s clear- if destinations like the Turks and Caicos islands are to keep their pristine seas and beautiful reefs, we need to take action now. Scientists globally are involved in much research into how we can achieve this. Actions include identifying coral species that are resilient to heat and acidity, as well as looking for fast and effective ways to regrow coral so dying reefs can be repopulated. Some impressive strides have been made, allowing repairs to reefs that would normally take centuries. But these actions, while very impressive, will not be enough to save the day if coral destruction continues at the massive rate it is.

It’s down to us

It’s down to all of us to do our part to help save the reefs. You may wonder- if all these scientists can’t outpace the problem, what can I do by myself? One of the key steps in the journey to save coral is going to be first stabilizing, then reducing, man’s effect on climate change. The sooner we can do this, the more reefs we can save. It’s easy to think of the matter of climate change as some far-off thing, but it’s effects are real and devastating, and there’s plenty we as normal people can do to help.

From getting active with movements trying to make government and big business take climate change seriously, to making small tweaks in the way your shopping habits affect the world and wearing the right types of sunscreen when you dive in the Turks and Caicos, you’re not powerless to act!

The consequences of global coral loss are bleak, but together we can make a difference! This is why the Big Blue Collective places such an emphasis on ethical diving in the Turks and Caicos, as well as ensuring the same high standards continue throughout our eco-tours of the Turks and Caicos Islands. We hope that the growing global movement to save our coral reefs will help preserve the spectacular Turks and Caicos barrier reefs, as well as other reefs like it, for future generations to both enjoy and benefit from.