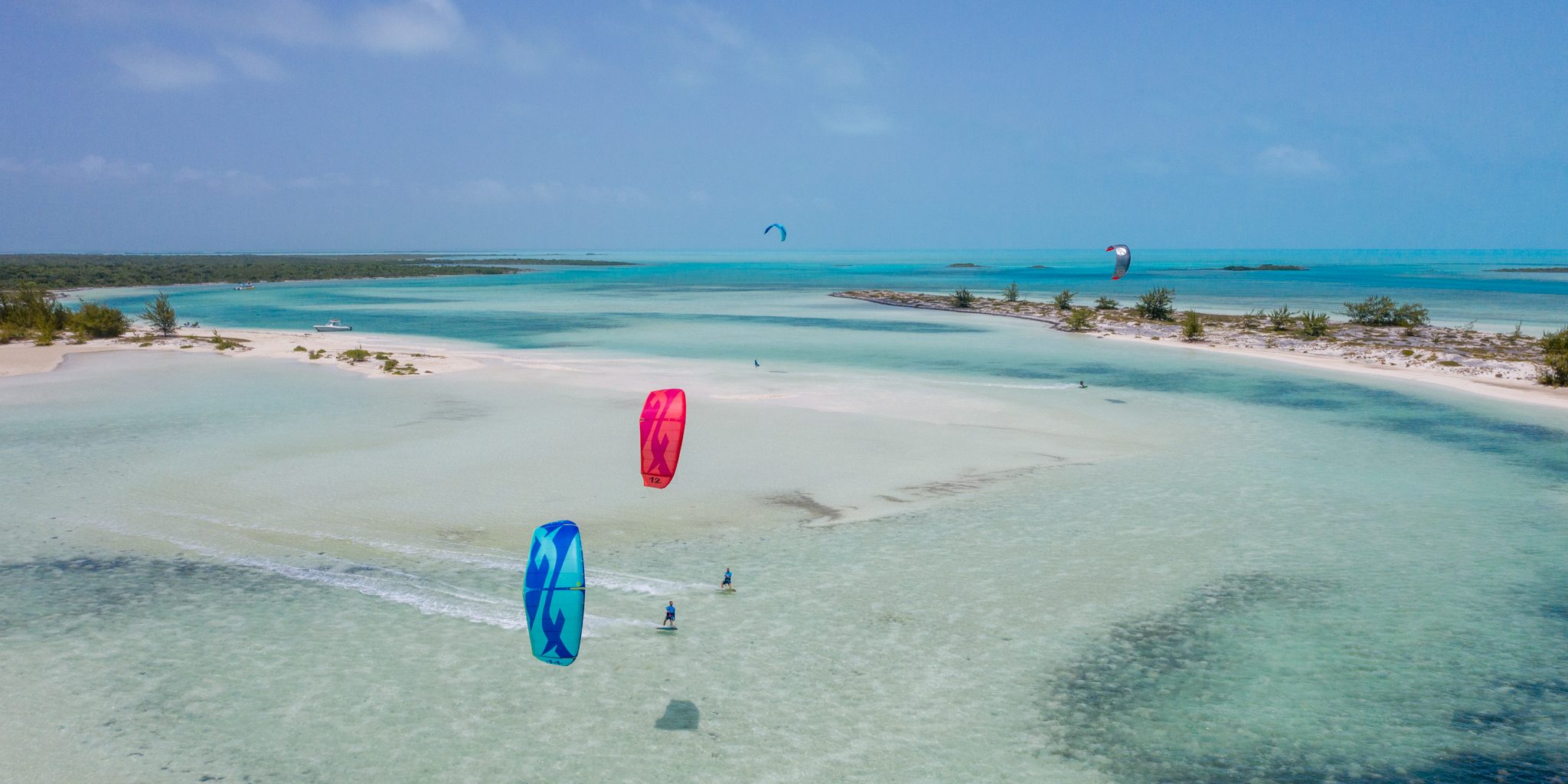 Today, after one month we sadly said our goodbyes to Betrand Fleurry (Wainman Kites) and Ian Alldredge (Naish Kites). They had come down with top female rider Tuva Jansen (Takoon Kites) and one of the sport’s leading photojournalist teams based out of Mauritius, Stephane Fournet and Leena Ballack who had left last week, to write and record a kite surfing story in the Turks and Caicos.

They were led by Philip Shearer (Big Blue) and Big Blue’s top instructor and wily pro Wes Matweyew (Cabrinha Kites). Hope Le Vin, our 16 year old local team and sponsored rider (Naish, Big Blue and Blue) was ever present with her enthusiasm and skill as was local rider Stephane Gaudet.
To say we had fun is an understatement. Even if the weather for the month of February was bizarre (with winds blowing out of the south and west for much of the time) and stacking the odds against us for that perfect cross off shore wave, we still managed to score some great sessions both in the flats and in the waves. That said a tremendous of hard work has gone into this story by all involved both in front and behind the camera.
The team were based in Leeward near Big Blue’s base and would venture daily to find waves and wind. We traveled from West Caicos to East Caicos and everywhere in between.

While we wait for the story and images and DVD to be released it is safe to say we enjoyed each others company and vibe a lot. Betrand, Ian, Tuva, Stephane and Leena were welcome guests. We learned from all of them. Stephane and Leena: your patience and professionalism. Tuva: getting the ball rolling. Betrand: great sense of humour and of course a brilliant rider thanks to Wainman Kites. Ian: natural skill and flair with a bit of “I don’t mind, whatever works” thrown in. Hope: infectious passion. Stephane: perfectionist. Wes “handy me my skimmy please” Matweyew: persistent all rounder. Philip “island time” Shearer: the art of self landing a kite!
Thank you one and all. We look forward to seeing you back here for some more cutbacks and sliders!! Safe travels. Philip.