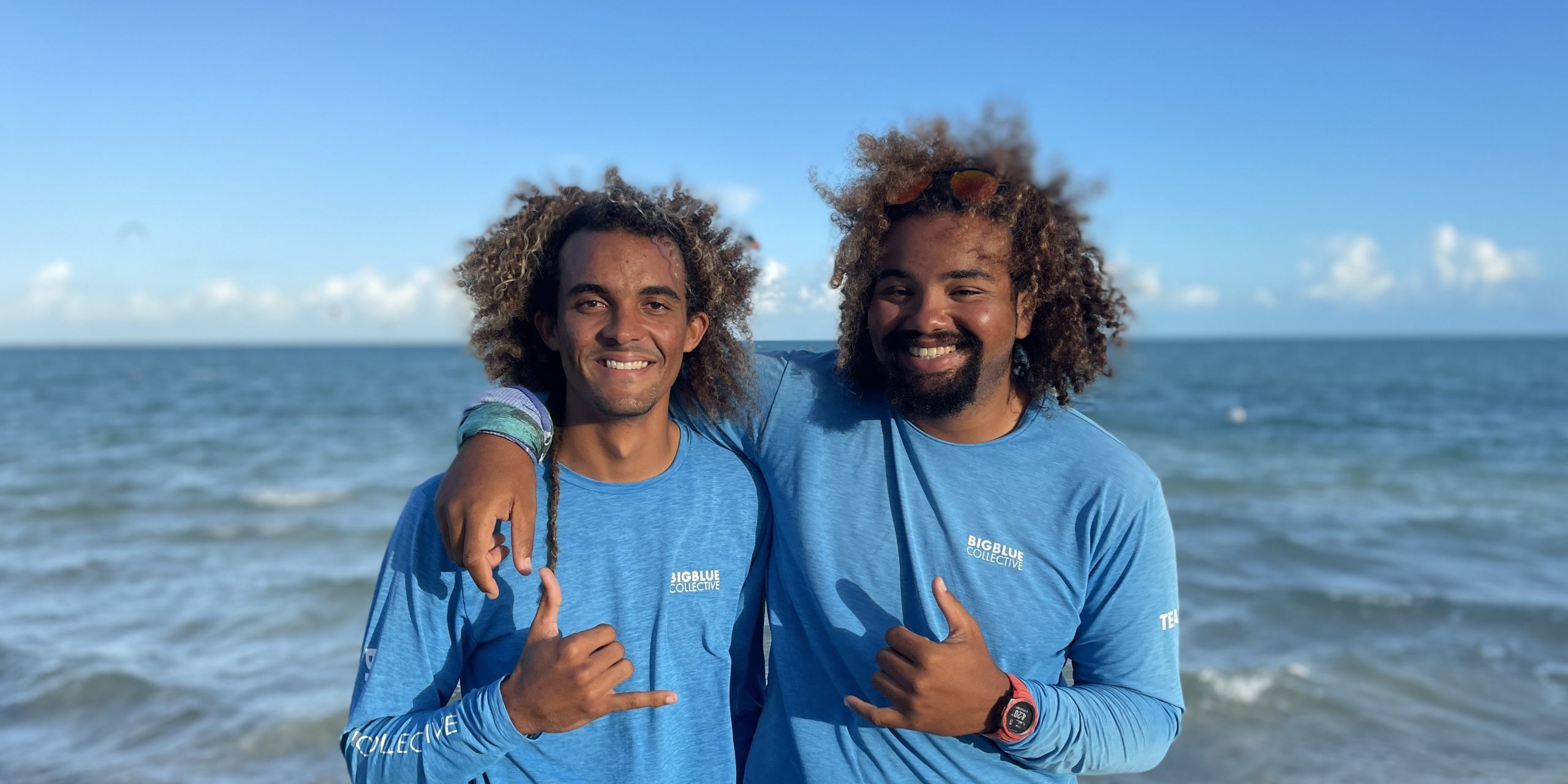 Kaylam and Pendieno both work at Big Blue Collective as eco guides and have strong interest and passion for the marine environment. In the run up to their IKO courses they spent a lot of time on the beach and water, learning, training, and preparing as part of Big Blue’s kite team. Hours were spent shadowing head instructor, Tom Fuller, to understand the nuances needed to progress from hobbyists into full time instructors.

“It was clear from day one that both young men have a love for the water and the wind, what was not so obvious was that they would be keen to also become instructors. That became clearer the more time we spent on the water together”

said Tom Fuller, himself a professional with over 15 years’ experience.

“We have been running a kite school here since 2010, helping introduce this sport not only to these islands but also by placing TCI on the international map as one of the world’s best places to kite. While hiring and training islanders as eco guides, scuba instructors and captains has been possible, finding the same who to want to be kite instructors has been exceptionally difficult but was always been our dream. We only had to look south to the DR to see how many local riders they had there to know it was possible to one day find and train our own instructors here”.

With Kaylam’s and Pendieno’s obvious skill, progression, and desire to fulfil their potential as instructors, the decision to sponsor and support their next steps into the professional world of kite instruction was an easy one for Big Blue Collective to then make.

“As a team we always look to build and enhance skills through in house, on the job training. Sending individuals off to do courses abroad requires another level of personal commitment so that any investment becomes worthwhile not just as a short-term fix, but as a long-term solution to build a team that have a love for these islands in their blood. Kaylam and Pendieno embody the passion, commitment and professionalism that we always look for”, said Philp Shearer.

“I began kiteboarding in 2020 and became addicted. I wanted to do this course so I could be able to share the same feeling that I had with others. Thanks to love and support from my family, friends and Big Blue, I can now live and work this dream”.

“I was lucky enough to join the IKO instructor program in the Dominican Republic thanks to the support of Big Blue Collective. What an experience. I’m hoping that the younger generation of islanders will join us out on the kite beach and that one day it would be great to have a kite community where everyone helps and encourages each other in a community spirit”.

Both Kaylam and Pendieno are now teaching on the Long Bay beach as full time instructors helping new riders and visitors learn this ever-growing water sport. When not teaching they are often riding while also focusing on the next steps to becoming fully licensed boat captains and dive masters at Big Blue Collective.

These two are part of Big Blue’s ‘young guns initiative’ with its focus, attention and training aimed toward the upcoming generation of Turks & Caicos Islander aspiring to work on the water.