The Legend of Joe Grant The Frisky Dolphin 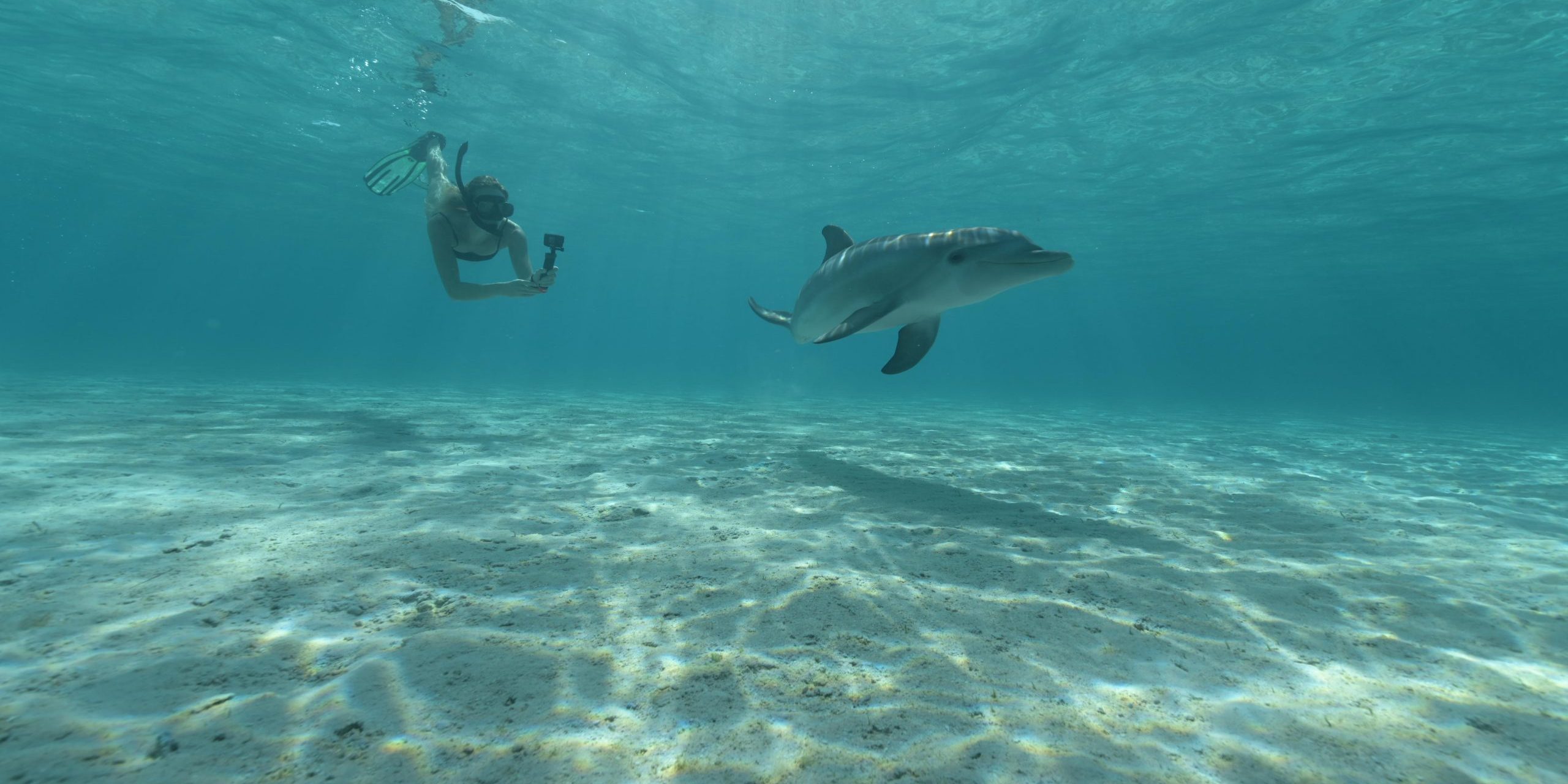 With over 2.3 million views on you tube over the last nine years, Frisky Dolphin   has garnered a lot of interest. With the surge of Instagram and Facebook it seems this video goes viral more and more frequently across many of the different platforms.

Most of the time the 2-minute long video excerpt is taken out of context but also wrongly attributed while commonly played back and recycled at a higher frame rate distorting the reality. At the same time it’s sister video EAST CAICOS DOLPHIN  has all but been entirely ignored with only 10k views in the same time period.

The event in question took place in May 2008 during a Big Blue Collective team day out. The weather that day was amazingly flat and allowed us to head out to the very far northeastern side of the Islands along the north shore of East Caicos.

We pulled into Big Cut off Middle Caicos mid morning, around 9 am after an early start and were pleasantly surprise to find a companion effortlessly riding our bow wave and wake as we cruised the length of Wild Cow Run beach to then anchor right off the beach of Joe Grant’s Cay, easily one of the most beautiful locations in the entire archipelago. As soon as we dropped in, the girls jumped in to join the dolphin while the guys who scrambled the Cay joined them shortly. As seasoned divers, freedivers and snorkelers with countless wild dolphin encounters between us some of were perhaps a little blasé until we realized this dolphin was not leaving us in a rush.

Little did we know that this young male had, in all likelihood, already heard us partying long before we saw him and simply wanted to join us in our fun. In water no deeper than perhaps 8-10 feet this dolphin gave every impression he had no intention of leaving and quickly became the center of our attention, a role he obviously reveled in.

For well over an hour both dolphin and swimmers entertained and excited each other. The close proximity and uniqueness of this lone encounter was very similar to the ones with JoJo during his own youthful heyday. To put it plain and simple – THIS was awesome! The longer it went on the better it got.

What became apparent as many of us left the water, cold and prune fingered, to those of us left in the sea, was how frisky and over excited this young male was becoming. The permanent smile and playful nature of these mammals often belies the fact that they are in fact highly successful powerful apex predators.

At some point the dolphin began taking a real shining to one of our female guides. The ironic role reversal was completed, as she became the center of his excited testosterone fueled attention.  What was initially amusing started to become more and more bizarre and uncomfortable as the dolphin’s determination, agility and focus to seemingly want to “mate” with our guide made intervention harder and harder. Bottom line – he wanted his girl. JoJo used to do the very same thing to female guests staying at Club Med back in the late 80’s and early 90’s.

While this dolphin was not becoming aggressive, he was becoming more forceful and eager. As much as it amused us, to those of us still in the water freediving, watching and filming it gradually became obvious that our dolphin’s “crush” should get out of the water. Her exit coincided with an almost immediate calming down. One by one we all got out, tired, amused and exhilarated. Obvious questions and jokes of pregnancy were bandied about but the simple fact was this dolphin boy simply fancied a girl. The raging hormones of adolescence had simply got the better of him. While for us this day would never be forgotten.

We named the young dolphin Joe Grant, after the Cay and the encounter and thus the Legend of Joe Grant was born. We often wonder where he is now. Truth is nine years later he could be anywhere. We just hope he is safe and sound.