Turks and Caicos weather in 2020 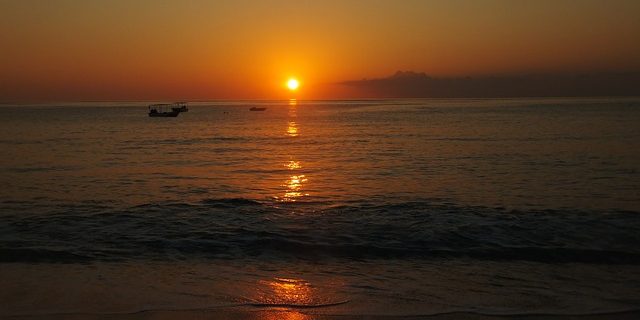 Are you curious as to the Turks and Caicos weather for 2020? The Turks and Caicos are totally unique in that there’s never really a wrong time of year to visit the islands- each and every season offers something special. But if you’re trying to get a sense for what a specific month may be like, or you’re worried about Turks and Caicos hurricanes, keep reading! The Big Blue Collective has all the information you need to make the right decision.

Wait- there are Turks and Caicos HURRICANES?

Don’t worry! The official TCI off-season, between June and November, is also called ‘hurricane season. That said, Turks and Caicos hurricanes of notable size are pretty rare, especially for the Caribbean islands. Most don’t pass close enough to the island to make landfall. That doesn’t mean ‘hurricane season’ won’t affect air travel to and from the island, however, so be aware and opt for flexible tickets. Those few that have been notable to the TCI itself tend to arrive between the end of August and middle of September.

It’s not surprising. August is the hottest month on the islands. It may seem unusual to those of you in cold climates, but that’s not a great thing for tourists! It can actually be a little too hot for comfort. This is also the most mosquito-active season, although that pest isn’t really a big deal on the islands, and it’s only likely after particularly heavy rain. You’ll probably avoid them in the more built-up areas, but you mind find them on the eco-tours.

The Turks and Caicos weather in May, June and July

This early part of the off season can be one of the best to travel for budget travellers. Temperatures are starting to climb for summer, but the wind is still predictable and the weather calm. There will start to be a few rainy periods, especially as we enter June, the ‘official’ start of hurricane season (although there’s rarely any storms in this month. The island is quieter, the watersports just as fantastic, and the beach ready for you to enjoy.

July can be very hot for eco-tours and other island exploration. That just means it’s perfect in the water, though. Kiteboarding, kayaking and windsurfers will be out in abundance enjoying the hotter weather.

As we mentioned earlier, August and September are perhaps the only two months it’s best to skip the islands. It’s pretty hot on land, and tourists who do visit flock to the water. It’s a stellar time to hunt some deals, but be sure to book flexible travel packages in case inclement weather in the rest of the Caribbean stops you reaching us. September sees the wind get a little too calm for kiteboarding, but it’s still a good time for other water sports.

By October, the season has turned. The weather is cooling down again, and while this is the last ‘official’ month of hurricane season, nothing much happens. Looking for a true bargain? October could be your month. From here on out the weather will be getting cooler and the peak season beginning to rev up again.

Experience winter with a difference- a warm tropical beach with delicious waters and gorgeous views! This is peak travel season for the TCI, and perfect beach weather is the name of the game. The crisper bite to the air- although it’s only 10 degrees Fahrenheit lower- will make land adventures more comfortable, and you’ll be out hiking, touring and cycling. This is the busy season, though, so if you’re not one for crowds you may want to choose a different time. Or hire a private villa for some peace and quiet, and soak up the vibe!

November sees festivals and sport fishing abound, so it’s the perfect time to indulge your taste buds. Late December brings excitement that will run to mid-March. Whaling season! For a few weeks (peaking in February but starting now) you’ll be able to spot these gentle giants at play. By January, sightings are rising and the brisk trade winds make the oceans perfect. It’s time to play in the water with kitesurfing and other water sports.

It’s party season! Because of Spring Break in the states, March and April see an influx of younger, more party-oriented guests. Luckily for the TCI, our beaches never experience the overcrowding that other areas of the Caribbean do.

If you’re keen to join the party, come on in! There’s a pulsing vibe at the beaches and bigger resorts. If you’d like a tranquil visit, instead, a villa rental may strike the right balance between quiet and riot. Whale season reaches its peak in February, with the crowds falling off afterwards- but it’s still busy. March and April see a warmer ocean, but you may well be on the water in your kayak or SUP instead!

It doesn’t matter when you visit the Turks and Caicos- the weather is fantastic all year round. While each month has a distinct flavour, they all feature sun, warm water and plenty of fun. With great deals in the off season, a fantastic vibe in the peak season, and unique events like the whale migration to look forward to, the holiday of a lifetime awaits you! Make sure the TCI is on your travel plans for 2020! The Big Blue Collective looks forward to meeting you.